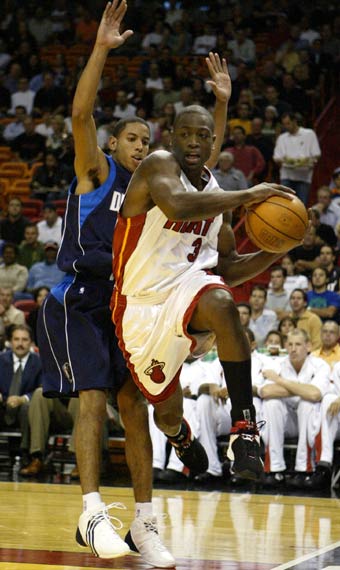 In a former post, I posed a question as the title of a post: Can Olympic/Student Athletes Obtain Endorsements? After using Jeremy Bloom as a case-in-point, the answer was found to be a decisive no. But why are student-athletes allowed to compete in boxing matches while they are in college and accumulate $25,000 prizes, while being prevented from earning any money from appearance fees or endorsement deals?

The Wizard of Odds blog does a good job analyzing this NCAA rule by comparing two distinct cases where NCAA rules affected two college athletes in different ways, allowing one to claim a prize while not allowing another to take anything home in an amateur event.

On a separate note, how amazing is Dwyane Wade? Is there any proper comparison other than Michael Jordan? He blows away Jordan in his potential marketability as well. I am a Heat fan, but I have received many phone calls from people who do not like the Heat that are in pure shock. If you do not know much about D. Wade’s past performances outside of this year’s playoffs, here is some video from a player that all of us can only wish to be able to represent:

One reply on “What’s Up With the NCAA? Plus a little D. Wade…”

I have been watchin D-Wade since his days at Marquette. I knew that he would be the 2nd best player to come out of that draft (LeBron is obviously #1) but I didn’t realize that he was this good. What he did last night was incredible to say the least. 42 points…21 of them on one leg!!Outstanding. However your comparisons to MJ are a little premature. Let’s see D-Wade for a couple more years before we start annointing him with accolades.