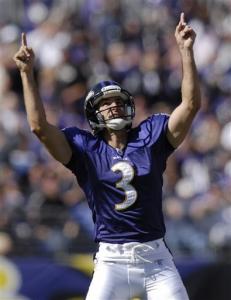 Maybe not crisis, but the NFL and the NFLPA better get their act together before the major press entities start uncovering more information about what is going on behind the scenes of American football. Let’s start with the internal union issue.

Gene Upshaw has always had his critics. Many think that he does not do enough to ensure fair compensation for retired players. Others think that he has been stubborn and not promoted policies to allow for greater care of players on the field, where they are prone to massive concussions. Whatever your beef may be with Mr. Upshaw, it seems like he is on his way out. But should the public really be gaining this information via the Baltimore Ravens place-kicker? Not only that, but Kevin Mawae, the new active-players leader, refuted Stover’s letter, saying that there are no plans to replace Upshaw. More disagreement followed when Brian Dawkins seemed to back the idea that there is currently a search for Upshaw’s replacement. What does a PR expert like my pal Joe Favorito think about that? This should all be happening behind the scenes. Honestly, you and I should not have any idea that any of these talks were going on unless we represented one of the players involved in the decision making process.

Now might not be the best timing for such information, either. I cannot believe that news of a possible Upshaw ouster can help the recent press about the NFL possibly heading toward a lockout at the end of the 2010 season. 130 NFLPA registered agents have been formally warned that the CBA may end two years early, with the possibility that it won’t be renewed or replaced in time for the 2011 season. It would also make the 2010 season an uncapped year. Hear that? No salary cap in 2010. It’s not official yet, but agents need to be kept on guard that talks are going on behind the scenes.

Problems with unity within the players’ union and the possibility of a lockout coming out at the same time. What’s going on with America’s sport?

5 replies on “America’s Staple Sport On The Verge Of Crisis?”

The mere fact that the owners want to back out of the CBA should be testament to Upshaw’s ability to negotiate on the players’ behalf. The point about former players is valid; yet the benefits current players receive borders on the supremely lavish.

I think it comes down to veteran players wanting a rookie scale like they have in the NBA, so that the veterans aren’t cut or won’t have their salaries cut so that their teams can sign a first round pick to an outrageous salary before they ever take the field. Obviously I think they also care about the retired players, but I think the veteran v. rookie salary issue is the main issue we’ve got going here. I am not a football business expert (basketball is my bag), but it seems pretty obvious to me that is the issue we have going on here. Early round rookies get big guaranteed money, while veterans are always worried about getting cut to make room for those guys.

Stover sent this email to ESPN today. He is saying that his comments in the “leaked” email were taken out of context, and he says this email provides the previous one with some clarity.

[…] some of the complaints that Upshaw was receiving from within his players’ association.  Matt Stover said that Upshaw was on his way out as Executive Director, but Kevin Mawae, the active-players-leader of the NFLPA, refuted […]