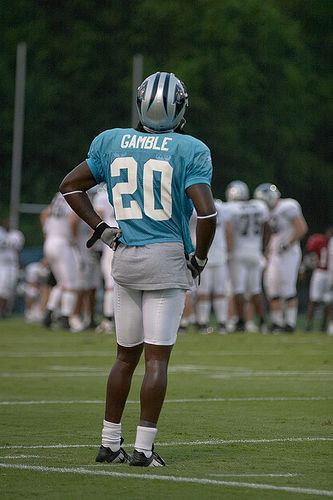 The Carolina Panthers have made Chris Gamble one of the five highest-paid cornerbacks in the NFL. Friday, the Panthers gave Gamble signed a six-year extension in excess of $50 million.

When Gamble was asked about whether Carolina was the right place for him or not, he replied: “I wanted to be in Carolina. I didn’t want to be with any other team. I like the organization, the coaching staff, the fans, my teammates and I just wanted to get it out of the way.”

After being selected in the 1st round of the 2004 NFL Draft, Gamble immediately became a starter. He currently has 19 interceptions, which is second in team history. This season, Gamble has two interceptions and 17 bat-downs.

Other key players on the Panthers are up for new contracts such as Pro Bowl defensive end Julius Peppers and right tackle Jordan Gross.