A Sports Agent Finding The Time To Run Marathons 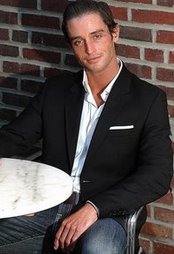 One of my good friends in law school always calls me Broseph.  I’m not sure why.  My name is not Joseph.  Anyway, everyone says “bro” now-a-days, including yours truly from time to time.  Thus, I was not surprised to see that a site like BroBible.com exists.  Recently, the web site did a piece on sports agent Doug Eldridge.

On February 20th, I mentioned Eldridge in our Shabbat Shalom: Friday Wrap-Up.  Eldridge had his mind set on raising $100,000 for charity.  He is going to do this by running 10 marathons within a 12-month period.  BroBible was also impressed with Eldridge’s mission and decided to reach out to him for an interview.  Eldridge wakes up every day at 4 a.m.  I sure hope he is a morning person!  Here are some parts of the interview that I thought were applicable for this site:

How does the 10-12-100 campaign dovetail into the way you operate DLE Sports? Are there any business/client-relationship philosophies that you’ve carried over into your training for and running of these marathons?

Eldridge: Ironically, the 10-12-100 Campaign is run in the same manner as DLE Sports. It’s about organization, planning, and execution. I get up every morning at 0400hrs. I read emails, news, and Google alerts and return client text messages and phone calls for an hour before doing a sunrise workout. Having clients on the East and West coast, as well as on the European circuit means I get calls and emails all through the night. It’s rare that I miss one, but if I do that’s the time to get back to them. Most people cringe when I say that, but 0400 is my most productive hour of the day. The remainder of the morning usually consists of meetings and follow-up calls. I don’t typically take a lunch break unless I have a scheduled lunch meeting, which is certainly part of the business. If it’s a slow day or if I had to get into office particularly early, sometimes I’ll go for a workout in middle of the day, then shower, and head back to the office for the afternoon/evening appointments, call-backs, research and client/industry outreach.

In terms of parallel philosophies or core values, I’d say the biggest cross-overs between the Agency and the Campaign are the research, preparedness, planning and execution required to be successful at both. In the context of DLE Sports that means that in order for me to be successful, I must do the research, understand the relevant collective bargaining agreements in place, have the personal relationships to connect with team officials or sponsor contacts, and above all, have the industry understanding, personality and drive to bring it all together. By way of analogy, 10-12-100 is the same. I must research the course, reach out to the surrounding community for each race, do the necessary training and preparation, and then have the physical stamina and mental endurance to pull it all together 10 times in the course of the year. All in all, each of them requires detailed research, a clear-cut plan, unwavering commitment to the completion of the goal, and a certain personality necessary to see it through to the end.

How did you get your start in athlete representation? What was the impetus behind starting your own agency?

Eldridge: I always knew I wanted to represent athletes. All throughout law school and immediately afterwards, I worked in the federal government, in various capacities and branches. When it came time to leave government practice, it wasn’t a question of what I was going to do, but rather a question of where I was going to do it. That said, I did my due diligence and applied with a couple larger West Coast agencies. I had a good resume and apparently had all the makings of what they were looking for; in my heart, however, I knew that the large agency format just wasn’t what I wanted. In truth, I wanted to hang out my own shingle. I wanted to create something that would be much larger than a business card or letters on the door. I wanted to build something in my image and with my own two hands, something which would live on long after I passed away.

For me, the entrepreneurial drive was never born out of an inability to be part of a larger organization. I think the federal government is the largest business organization in the world. It was different for me. I wanted to create a business and a standard by which client athletes should be treated: zealous advocacy coupled with unwavering loyalty and a sustainable, reliable association with the athlete long after they walk off the filed, court or track for the last time. I wanted to turn a company into an Agency, and ultimately, this Agency into a brand. DLE. Going back to the marathon analogy, that takes planning, consistency, execution and an unwavering dedication to the things that you want to see happen. It’s never a sprint, it truly is a marathon.

When our readers think “sports agent,” most of them think “Jerry Maguire” (or, worse, “Bob Sugar”), and nowadays, you can’t think “agent” without thinking “Ari Gold.” What has Hollywood captured accurately about the business, and what misconceptions do most people have about what you do on a daily basis?

Eldridge: That’s funny. You’re right, when people hear I’m an agent, they automatically assume that it’s some amorphous blend between Jerry Maguire and Ari Gold. I think Cruise is a great actor, and nobody has a better delivery than Piven, but each character is a composite of sorts, an idealized version of what this job is really like. At the same time, I think both of them capture some of the elements that ring true on a daily basis. First, consistency. Whether Jerry or Ari, you see that the highs are euphoric and the lows are insufferable. This is very true, which is why the key is to find a consistent middle ground; never get caught up in the high points or dragged down in the lows. Second, learn to be magnanimous. Anyone can smile through victory, but doing so in the face of defeat or rejection requires a certain mettle. Third, Always but Always put it in writing. Whether it’s Jerry losing Cushman due to an ill-advised “handshake understanding” with his father or Ari losing and resigning Vince; at the end of the day, ink on paper is all that stands up. Fourth, personal relationships are everything. By definition, my job is the manage the contractual negotiations and business obligations of my clients. Ultimately, you hit a point with every client where there is disappointment or frustration, and it’s the personal relationship and connection that has been established that pulls you through. You can have a voluminous, itemized contract delineating the obligations each party has to one another, but in the end, it’s the personal obligation you feel to perform for that person that makes the difference. The same holds true from their end. I have a policy of brutal honesty with all of them. We will never lie, misinform, or keep information from one another. Without truth there can’t be respect and without respect there can’t be a relationship and without a relationship that extends beyond the four corners of the contract, we’ll never achieve the goals we set out to accomplish together when they sign with DLE Sports.

What’s the best part of the job? The worst?

Eldridge: The best part of my job is getting to see them compete, succeed, and show their talents on a big stage with fans and media there to applaud and document their efforts. To be honest, I also love getting to meet their families. I took a family approach when building this company and with each new signee, I give them a hug and look them in the eyes when I say “welcome to the DLE family.” In life, family is everything. Jobs, money, percentages, titles. It can all be won, earned, made, and lost. Family is what sustains you and when talking about many of my clients, it’s what drives them.

There isn’t a “worst part” of my job. There are a lot of thankless days. Few clients ever fully know what I do to make their lives better and their careers more successful. To be honest, I’ve never felt compelled to give them detailed accounts of the behind-the-scenes work that goes into getting a deal done. It’s really just a commitment to getting the job done.