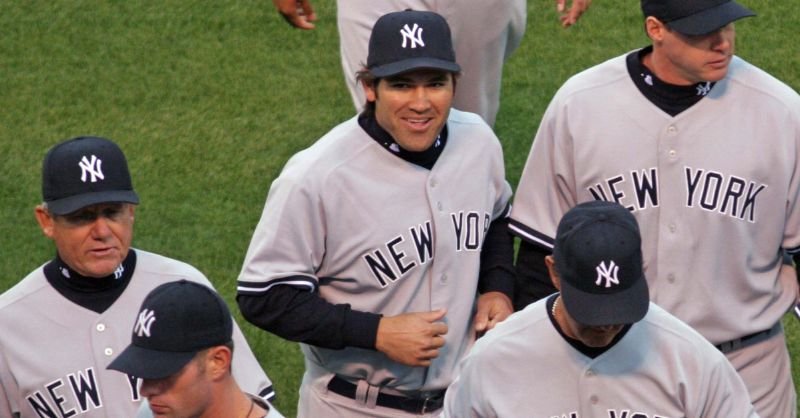 Is Johnny Damon getting more press as a free agent than he did with the most popular baseball team in America (the New York Yankees)?  Everyone is speculating that Damon will have to take less than the Yankees original offseason offer (speculated around 2-years, $19 million) if he hopes to play in 2010.  And he continues to be written up in major regional/national papers.  A recent, interesting write-up may be found in the Detroit Free Press.  You know it’s going to be a doozy when a story starts with the title, Johnny Damon likes Yzerman, Tigers.  Of interest to very few people, but still placed in the piece, are the following statements:

Damon has rooted for the Red Wings for years. He started doing so because of how much he likes [Steve] Yzerman. Damon’s agent, Scott Boras, talked Monday about Damon’s fervor for the Red Wings.

“When he and I go to a Greek restaurant, he always orders octopus,” Boras said.

It’s a cute line by Boras.  Boras has received some heat for saying it.  But it has given his client relevance and has made many people keep Damon on their minds.  A lot of that has to do with the fact that newspapers will print whatever Boras speaks.  Do you think that the Greek restaurant line was a smart and/or calculated play?

Personally, I mind the Greek restaurant line less than the following paragraph in the article:

“Johnny came to me about Detroit,” Boras said in a telephone interview. “He told me, ‘If I can’t play for the Yankees, I want you to let the Tigers know I want to play for them. I can make that team a winner.’ “

That particular line makes me believe that Boras and Damon are getting desperate for an offer.  To me, the line only seems to diminish Damon’s leverage in any current or future negotiations with Detroit.

I’ll close this with a great quote from Ty Duffy of TheBigLead.com,

Johnny Damon is from Orlando. His offseason home is in Windermere, Fla. I will extol Detroit’s virtues to anyone. But, no person in the history of humanity who lives in a posh part of Florida has said, “You know what? I want to spend more than half the year in Detroit.”