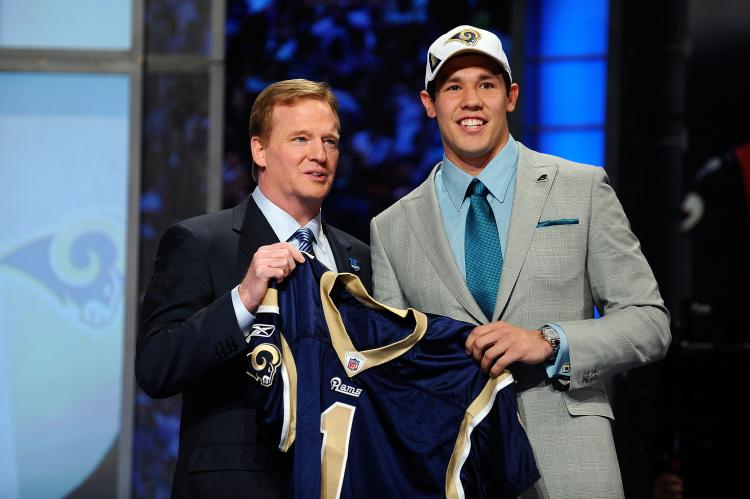 Welcome back to the Let’s Make a Deal column. Now that the draft is set in stone, I will be able to predict my contracts more accurately. Let’s start with Oklahoma quarterback Sam Bradford.

1st Overall Selection in 2010 to the St. Louis Rams

Sam Bradford is one of the most gifted quarterbacks to enter the NFL draft in a while. He is a Heisman Trophy winner and was one of the most accurate quarterbacks while in college. After injuring his shoulder in his final season with Oklahoma, there were many that doubted his ability to fight back from that injury and be a successful quarterback in the NFL. Bradford fought hard and worked endlessly to show the NFL teams that he was worthy of their pick. After seeing Bradford at his OU Pro Day, Rams’ GM Bill Devaney knew that this kid was the one. Sam Bradford is a beacon of hard work, perseverance, and mental toughness.

Here are the 1st overall contracts from the years 2007-2009 (percentage increase/decrease from the previous year is shown and reflects the per year amounts):

Here are the guaranteed amounts given to each of these players:

As you can see, Bradford is the far superior quarterback. You must also understand that he was injured for the majority of his junior season. Here is a glimpse of what Bradford’s stats may have looked like had he played his full junior season:

Sam Bradford is an immensely talented quarterback and can very well provide an immediate impact to the St. Louis Rams organization. There is no doubt in my mind that Sam will be successful in re-establishing the prestige that the St. Louis Rams are known for.