On To The Next One: Earl Bennett 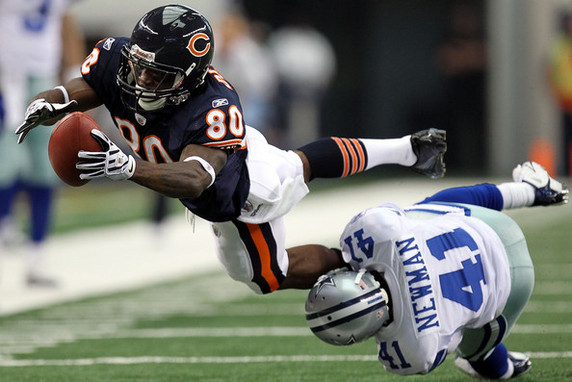 Since being drafted in 2008, Earl Bennett has caught 100 balls for a total of 1,278 yard and 5 touchdowns.  The former 3rd rounder from Vanderbilt has had moderate success in the NFL, but by this point in career, many people expected him to be gaining more than 561 yards in a regular season, which is what he earned receiving in 2011.  His underperformance on the field has not dissuaded Octagon from welcoming him into its family of clients.  Bennett has switched from Bus Cook of BC Sports to the strong football division at Octagon.  In Week 13 of the 2010 regular season, Bennett amassed 104 yards receiving.  Octagon hopes he can mimic that type of performance in 2011.