On To The Next One: Andrew Brunette 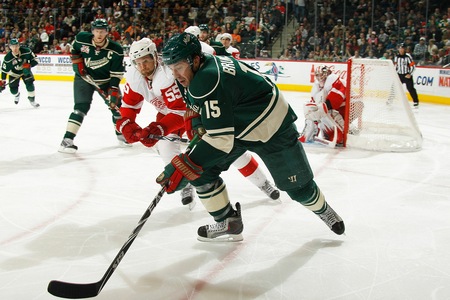 In May I wrote that Todd Reynolds will not be representing any homosexual hockey players after his outlandish Tweets regarding Sean Avery’s support of same-gender marriage.  Reynolds, the Vice President of Uptown Sports Management, sad that it was very sad for him to read Avery’s “misguided support of same-gender ‘marriage.'”  In the same Tweet, Reynolds said, “Legal or not, it will always be wrong.”

It turns out that Reynolds’ statements have not only put him in the doghouse with regards to homosexuals, but also at least one of his now former clients.  Yesterday, Michael Russo of the Minneapolis Star Tribune reported that Andrew Brunette fired Reynolds and Uptown Sports Management due to the whole Avery fiasco.  Brunette his hired Don Baizley, an attorney at Thompson Dorfman Sweatman LLP, as his new agent.

Brunette signed a 3-year, $7 million deal with the Minnesota Wild in 2008.  As Russo notes in his Tweet, Brunette is a potential free agent.  Rough time for an agent to lose his millionaire client.