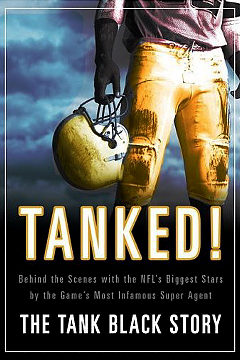 Back in 2009 I reviewed Tank Black’s book titled, Tanked! The Tank Black Story.  Black wrote the book roughly a year post-release from prison.  He found his way behind bars in July 2000 after being accused of stealing money from clients and illegally paying money to college players to induce them to sign with his company, along with engaging in money-laundering and securities fraud.  Black’s name is forever attached to the sports agent profession based on the fact that he represented some of the best football players who have ever played the game, and threw it all away by making stupid decisions.  It looks like Black is back to not thinking with his head.

Yesterday, the Gainesville Sun reported that Black will be performing a comeback tour in federal prison starting in September 8, 2011.  He will spend an additional six months behind bars for failing to make his mere $250 per month restitution payments that were required through his sentence for money laundering and fraud.