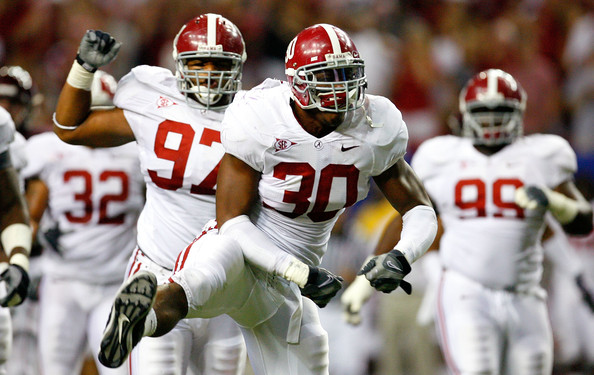 Yesterday, I mistakenly listed former Alabama linebacker Don’t’a Hightower as a client of Athletes First.  The post has since been corrected.  Hightower has chosen an agent, but his selection was actually Pat Dye, Jr. of SportsTrust Advisors.  SportsTrust Advisors is the agency that Jimmy Sexton recently left in favor of joining up with the football division at Creative Artists Agency (CAA).  Earlier today, I announced that Sexton and CAA signed Heisman Trophy finalist Trent Richardson.

NFLDraftScout.com currently lists Hightower as the 2nd best player in the Draft at his position and the 30th best player overall.  He is a former 1st team SEC and 1st team All-American.  Hightower had the most tackles on Alabama’s defense in 2011, with a total of 85.