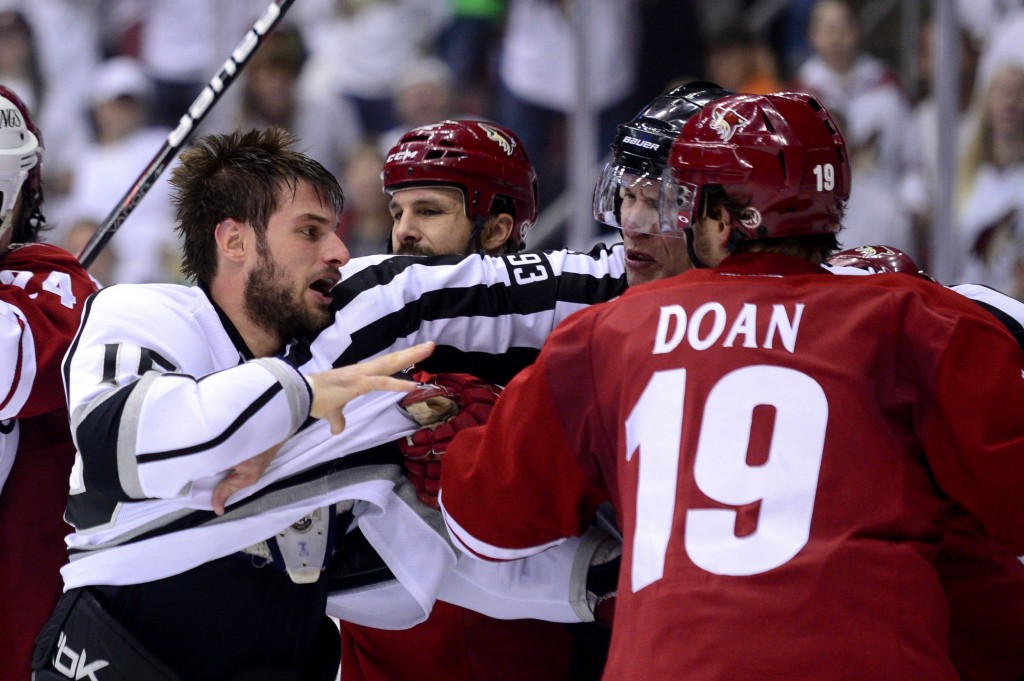 Terry Bross has been Lagardère Unlimited’s Vice President of Baseball since the company he formerly worked at (Gaylord Sports Management) was acquired.  By way of adding Bross as an employee, Lagardère picked up star baseball clients such as Dan Uggla and Bronson Arroyo.  Now, Lagardère also has the opportunity to start a hockey division thanks to Bross, who was recently certified by the NHL Players Association and has already signed Phoenix Coyotes forward Shane Doan.  Doan will be an unrestricted free agent on July 1.

“We’re excited to be in the NHL for the first time and proud to represent Shane, who’s an outstanding player and person,” Bross said of the league’s 2012 Mark Messier Leadership Award winner.  Doan scored 27 goals and 50 points last season in addition to five goals and four assists in the Coyotes’ 16-game playoff run.