Advisor To Agent: How The Relationship Has Changed

The following article is a contribution by Tyler Nepote. Tyler is currently a junior at Wichita State University double majoring in Finance and Management in pursuit of law school. 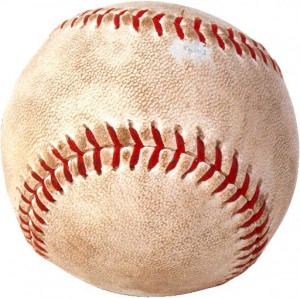 On February 29, I had the privileged of writing a guest article on SAB titled, Agents and Advisors: An Athlete’s Perspective, wherein I interviewed four collegiate athletes all going through the agent/advisor selection stage. My best friend, Adam Giacalone, was fortunate to be drafted in the 16th round by the Milwaukee Brewers and was placed in High Rookie Class with the Helena Brewers. As he and I were talking about “life in the minors”, I couldn’t help but wonder how his relationship with Drew Owen, his former advisor (now agent) has changed. I was fascinated to know how their relationship has affected his transition from playing two hours from his parents, to playing halfway across the country.

Due to NCAA regulations, prior to the draft there is little contact between the player and the agent. “Before the draft, I dealt more specifically with Adam’s dad,” said Owen.  “After the draft was over, Adam and my relationship began to grow. Prior to the draft, most of the conversations are built around education towards the draft.”

After being drafted by the Brewers, Giacalone and his family faced a difficult decision. He could accept the Brewers’ offer or accept his full scholarship at the University of Tennessee for the 2012-2013 school year. Giacalone said, “Drew helped me think about all the outcomes of both options. We literally thought of everything to make the best decision for me.”

“The largest adjustment, for me, has been adjusting to the pitching. The game is faster and everyone is competing for jobs, it can be stressful. I just have had to stay confident in these first few months,” explained Giacalone. “Drew and I have become closer since I was drafted. He is someone that I can talk to about anything and made the transition as smooth as possible.”

Giacalone and Owen’s relationship has grown into a great friendship. Owen told me, “Watching Adam hit .335 right now is more fun than I can even describe. His success is well deserved.” After a slow start, Giacalone has been hitting .400 with the Brewers minor league affiliate. Discussing Adam’s success, Owen added, “No doubt, if Adam can hit like this at the higher levels, he will make endorsement opportunities that much easier.” Owen also added that Full Circle (his company) provides all of their clients with basic equipment; however, he stressed that “players that obsess over equipment usually struggle as their priorities are somewhat misplaced.”

Giacalone and Owen share a mutual respect for one another and both clearly demonstrated their appreciation of their relationship.  “Drew [Owen] has become one of my biggest fans and is a great friend to me,” expressed Giacalone.  “I can’t stress the importance of finding an agent that you’re comfortable with as a support system. Drew has done so much for my family and I, we trust him 100% – which makes it easy.”  Owen responded saying, “I feel honored to work with Adam. He is one of the most respectful, kind, hardworking individuals you will ever meet. No matter what happens in his career, I feel blessed to know him and his family. His parents have raised Adam the right way. He will make an impact on people’s lives, once he makes the Big Leagues.”

As a college student who is interested in a career in law and who has followed sports agents, I have been consistently had negative “stereotypes” brought to my attention. Seeing my best friend go through this process and watching him and his agent’s relationship blossom was a clear demonstration on what being an agent is about. It is helping young athletes reach their goals, or as Giacalone simply put, “With Drew’s help and support, I’m living my dream every day.”