Integrity Sports Agency Is Not A Baseball Agency; It Is A Christian Agency 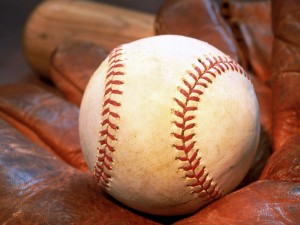 Every Friday Sports Agent Blog publishes a wrap-up of articles that were not covered on the website the preceding seven days.  The title of that wrap-up includes the phrase “Shabbat Shalom” and the opening blurb in the body of the article typically will contain at least one link related to a Jewish sports story.  It is an opportunity for me to inject a bit of my own religion and is something that Jewish agents and non-agent observers have enjoyed (at least that is what they tell me).

While Sports Agent Blog certainly has no direct religious affiliation, a baseball agency in Pasadena, California wears its religion on its sleeve.  In fact, the agency does not want to be referred to as a baseball agency – it is a Christian agency.

Phil Van Horn, a former baseball coach at Cal-State Northridge and the University of Southern California, is a founder (along with two lawyers) of Integrity Sports Agency, LLC (ISA), and all three founders are very involved in faith and wish to put G-d first above all else.  “We are not Christian guys working at an agency; we are Christian guys who have created a Christian agency,” explained Van Horn to Sports Agent Blog.  “We pray with and for our clients.  Part of the journey in professional baseball is that players are isolated from their families and the industry has a great deal of insecurity on the journey.  We deal with that as we deal with all things – through faith.”

The company’s first MLB Draft was this past year.  Van Horn said that he assisted five players, including catcher Eric Smith, who was the Los Angeles Dodgers 18th round pick out of Stanford University.  While Smith signed with the Dodgers, ISA worked with a few others who were valued to be early picks, but turned down their offers and are currently on college campuses.

Van Horn understands that ISA’s strong commitment to faith may limit the company in recruiting, and he is okay with that.  He notes that there have already been families that are not strong Christians and are interested in working with ISA.  “Young players and families have been curious and very interested, but there is also a great deal of skepticism, especially because of the big league culture in the clubhouse,” said Van Horn.  “At the same time, we have been remarkably encouraged by guys in that big league culture and welcomed into it.  Christian families have received us very well, but so have others.”