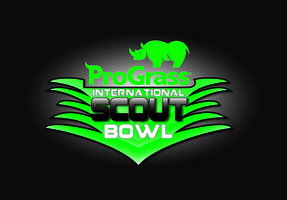 The ProGrass International Scout Bowl seeks to give football players an opportunity to display their skills for alternate leagues.

There are currently no shortage of college football All-Star games available to graduating seniors who hope to show off their skills in front of professional football scouts.  The most respected game is the Senior Bowl, followed by the East-West Shrine Game.  Others include the NFLPA Game, Casino del Sol College All-Star Game and the Raycom College Football All-Star Classic.

The vast majority of All-Star games are held in January, prior to college Pro Days and the annual NFL Scouting Combine.  However, a new event has arrived, which will take place on March 15, 2013 at Braly Stadium on the University of North Alabama Campus in Florence, Alabama.  It has been named the ProGrass International Scout Bowl.

The ProGrass International Scout Bowl says that it will take the top 70 prospects from the United States, Canada, Mexico, and Europe that did not make it to the NFL or CFL and give them a “2nd chance” to show they have what it takes to play professional football.  The odd part about that claim is that the NFL Draft does not occur until April 25.  Thus, unless the new Bowl game will not be admitting any draft eligible prospects, the criteria does not make 100% sense.

The organizers of the ProGrass International Scout Bowl have stated that each participating team will be coached by a staff comprised of former NFL and NCAA Division 1 coaching legends and that it will be nationally televised to give each prospect top exposure.