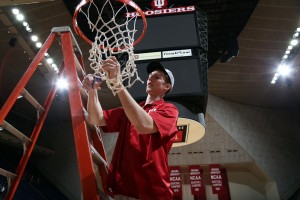 The easiest agent-player projection concerning players who are sure to be selected in the 2013 NBA Draft (pending their decision to leave school early) involves Indiana’s Cody Zeller.  Zeller, a 20-year old center, is currently a top 10 pick on DraftExpress.com’s and NBADraft.net’s Mock Drafts.  He is only a sophomore, but based on his very high likelihood of being a top Lottery Pick, it is almost certain that Zeller will be in the NBA next season.

Representing him will most likely be the team of Jeff Schwartz and Sam Goldfeder at Excel Sports Management.  Goldfeder is the primary agent for Cody’s brother, Tyler, and the company also represents the eldest of the three brothers, Luke, who has played basketball overseas.  Last year, Sports Agent Blog predicted that Excel Sports would be selected to be Tyler’s agency of record based on its representation of Luke.  Now with two of the three brothers working with the same firm, it is not far-fetched to believe that the youngest (and the brother with perhaps the most long-term NBA potential) Zeller will follow in his brothers’ footsteps.