The following Op-Ed article is a guest contribution from Jason A. Davis, Esq. All rights reserved. Follow him on Twitter @JasonDavisEsq1 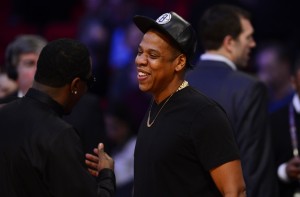 Like a new album hitting the stores, Roc Nation Sports made a grandiose entry into the sports agency world in the spring of 2013.  Having the pre-existing music infrastructure, “Founder” Jay-Z brings his act to the sports representation world.  Some fans, who also happened to be professional athletes, rushed to the newest sound.  Other artists (pre-existing sports management professionals, aka agents) sneered, while the rest of us gathered around just to see what would happen next.

The Roc Nation Sports “about” page offers a confusing multi-personality bio.  It reads:

Roc Nation Sports management division, a sub-division of Roc Nation in partnership with CAA Sports, launched in Spring 2013. Founder Shawn “JAY Z” Carter’s love of sports lead to the natural formation of Roc Nations Sports, helping athletes in the same way Roc Nation has been helping artists in the music industry for years.

This description makes me wonder who, exactly, is running Roc Nation Sports?  Mr. Shawn Carter?  Jay-Z?  CAA?  The leadership of Roc Nation is getting lost in the list of players.  Will the real super star agent please stand up, please stand up!

No introduction of Mr. Carter is needed here.  The rags to riches story of a talented and driven individual that has found his niche is familiar to us all.  Mr. Carter the individual, however, is usually overshadowed by his alter ego and stage name, Jay-Z.  Mr. Carter is a proven, savvy businessman.  One must wonder why the strong reliance on the rap star moniker and persona instead of transitioning into the sports agency industry simply as Mr. Shawn Carter.  Why rely on the flash, instead of the business mastermind.  The difference between Mr. Carter and Jay-Z, is the person and the persona.

At the time of publication, Mr. Carter (Jay-Z) has over 2,855,900 followers on Twitter.  How many does he follow in return?  Twitter reports that he is “Following 0.”  ( @S_C_ )  This clever PR maneuvering shows defiant independence, which fits a self made music icon.  But the inherent essence of an agent is someone who acts on the behalf of, for the benefit of, and under the control of another.  How can Jay-Z truly represent someone with such a conflicting Twitter-tude?  If nothing else, why not show your clients a little love by a follow.  This would at least show your 2.8 million followers that you support your clients.

Ironically, if each of Jay-Z’s followers adopted the same seemingly self important Twitter-tude, Jay-Z would not have a single follower!  The decision to not follow anyone makes me wonder how well he can represent someone else in a public forum.  Does being an agent inherently conflict with his current independent image?  Such a maverick PR move on Twitter to follow no one, indirectly damages the business persona of a new agent.  How much will he listen, and how up-to-date will he be with you if he won’t even follow you on Twitter?  The substance of the agency relationship may be different than advertised, yet it appears counter to the advertised image of the new agent.

This Twitter presence does not support an altruistic attitude one would want in a representative.  If I hired an agent, I would expect their actions to show unselfish concern for the welfare of others.  That’s their intrinsic purpose – correct?  Can Jay-Z balance being a star and an agent?

In striking contrast to Jay-Z is CAA, which is now “in partnership with” Roc Nation Sports. CAA is a catalyst and premiere standard in the representation industry.  Any startup agent would be grateful for such a partnership.  CAA needs no further introduction or elaboration on its place in the representation world, just as Jay-Z needs no description in his place in the music industry.  However, their styles and place in the sports representation industry could not be more opposite.  For example, the minimalist CAA site boasts more office locations (9) than Roc Nation Sports boasts clients (5).  Need I go on?

Who won the lotto in the partnership of CAA and Roc Nation Sports?  What other agent, who has been in the industry less than a year, has a similar partnership?  Did Jay-Z hitch his wagon to a star, or did CAA?  Is Jay-Z only relying on his name and notoriety to enter the sports agency arena?  Did CAA simply land five new clients under a clever marketing scheme of using Jay-Z to reach a new demographic of clientele?  Or, did CAA just have the good fortune of locking arms with the most talked about sports agent in recent memory?

Attempting to delineate and define the various roles or places of Mr. Carter, Jay-Z and CAA in this new partnership is nothing short of confusing.  The savvy Mr. Carter seems to do just fine in any business venture. Jay-Z draws a crowd and CAA has, and will get the job done.  The balance of the dichotomy of players will work if they are co-equals handling different roles.  After all, the three branches of American government (executive, legislative, and judicial) have worked just fine for over 200 years.  The public presentation of the “trifecta” of players in Roc Nation Sports however remains baffling.  This partnership announcement reads like the original Magna Carta, but may turn out be Jay-Z’s “Holy Grail.”