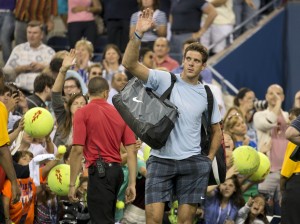 Last year it was reported that Roger Federer had left IMG to setup his own representation firm, taking his agent Tony Godsick with him. ‘Team8’ has now officially launched, with the headquarters of the agency to be in Cleveland, Ohio – the same city in which IMG is based.

The company has already started making ground in tennis circles. It has been announced that Juan Martin Del Potro and Grigor Dimitrov have left their respective agencies and joined Federer. Del Potro was previously represented by Ugo Colombini, who has moved to help Andy Murray and his commercial endeavors. Dimitrov was previously with Octagon, and will begin being represented by Team8 at the start of next year.

Federer raked in $71.5 million last year, with the majority of that earned through endorsements. He currently holds deals with Nike, Rolex and Credit Suisse among a host of other companies. Unless a buyout was agreed, Godsick will have to still pay part of his commissions to IMG.

The company has two investors separate from Godsick and Federer in Ian McKinnon and Dirk Ziff. Despite the interest, Team8 is looking to be more boutique than Godsick’s previous employer. “We’re trying to be a boutique agency that will manage just a small stable of iconic athletes.” Goldsick said, “We’re really going to try to be selective here, some of the other groups, they look to sign as many players as they can and hope a few of them stick and make it, and they really go after the juniors.”

The company is looking to expand to representing clients in other sports, and will look into an event management arm as well.