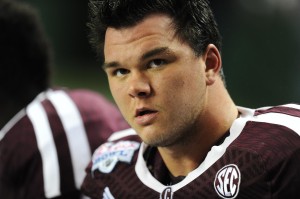 Over the past few weeks, Athletes First signed one of the top centers and defense linemen for the next NFL Draft.

“Athletes First is excited to work with Jake Matthews — one of the top players in the 2014 NFL Draft,” Williams said.  “His tremendous talent on the field matched with his incredible character makes him a great addition to the Athletes First family.”

NFLDraftScout.com lists Matthews as the No. 1 overall available prospect in May’s Draft.  Steve Shoup of FanSpeak.com ranks Matthews as the top-rated offensive tackle in the Draft as well.  According to Williams, Matthews will be training at the Athletes First Academy at UC Irvine.