With major MMA leagues airing on network television including FOX, NBC sports network, CBS, and Spike T.V. one would assume that fighters are being paid more to represent companies in and out of the cage. Well that assumption is dead wrong. In the last few months we have seen fighters such as Mac Danzig voice his complaints about lack of sponsorship dollars. In an attempt to get his point across Mac Danzig wore a blank pair of white shorts with the words “NOT FOR SALE” printed in large black font across the back of his shorts during his fight against Joe Lauzon, which was televised live on FOX. Prior to that fight, Danzig voiced his complaints about the lack of sponsorship dollars and explained he was not going to under-evaluate his worth.  Other fighters including former UFC fighter Nate Quarry, current UFC fighter Chris Camozzi, current Bellator fighter Quinton “Rampage” Jackson have all voiced there concerns about sponsorship evaluations. 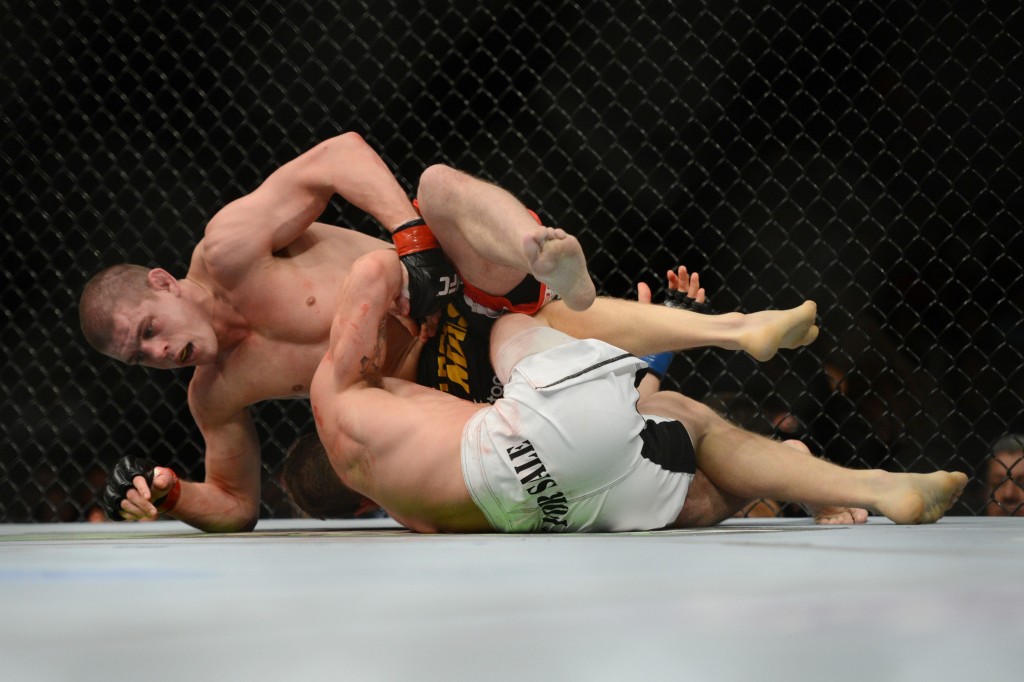 When the UFC switched networks and moved from Spike T.V. to FOX it was a landmark for the world of MMA. What most fighters and managers assumed was that a bigger network, like FOX, with the ability to reach millions of fans nationwide sponsorship figures would increase. To some extent, they were right. However, the majority consensus is that sponsorship figures have decreased tremendously since the UFC entered into their agreement with FOX.

There are a few reasons why those sponsorship figures have decreased. First, certain sponsors such as The Gun Store are no longer allowed inside the UFC octagon. The reason behind that decision was because FOX targeted a larger audience and some of that audience was going to include children and young adults. The UFC and FOX had a certain image to maintain and The Gun Store did not appeal to their demographic. Another reason why sponsorship dollars are more difficult to obtain is due to the frequency of fight cards. In 2013 the UFC held 33 events and Bellator held 24. Including other promotions that aired on television such as Resurrection Fighting Alliance, Legacy Fighting Championship, World Series of Fighting, the number of MMA features has experienced tremendous growth. Sponsors are able to pick and choose the fighters along with the events they want to sponsor. This significantly decreases the opportunities and leverage managers have to pursue sponsorship deals. The issue is that fighters and managers believe that some money is better then no money, and that leads to ridiculously low evaluations of a fighters worth. Companies can tell managers and fighters, “why would I pay you $1,500 when I can sponsor your opponent or another fighter on the same card for $300”. Fighters and managers are having such a hard time securing sponsors that they are undercutting each other to lock in the same deals. Once a manager or fighter hears a dollar amount that another fighter got for a similar event they will undercut that fighter and that dollar amount in order to secure that sponsor for themselves. Such is the market for most industries during this tough economic time.