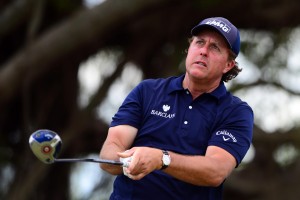 Steve Loy is a golf agent that has quietly had one of the most successful careers in any major sport. Loy got his start in the golf business as Arizona State University’s head golf coach, winning an NCAA championship in 1990 and coaching Phil Mickelson. After Mickelson turned pro in 1992 Loy became Mickelson’s agent.

Loy’s success as an agent is largely based on his personal and business relationship with Mickelson. Since 1992, Mickelson has earned $73.5 million in prize money while being a top endorser for elite brands like Callaway, Barclays, KPMG, Exxon, and Rolex. Further, Mickelson has won 42 PGA Tour events, including 5 major tournament wins. Mickelson is ranked #7 on Forbes, The World’s 100 Highest-Paid Athletes.

Loy emphasized the importance of his relationship with Mickelson. “If you don’t have the partnerships, with the ups and downs that are part of golf, you’re going to get disappointed on both sides.” He further added that Mickelson is “the only person in my life who has never disappointed me.”

Mickelson and Loy’s athlete-agent relationship is special and sets the standard for how to maintain a long-term and successful relationship with a client. Whether Mickelson finishes first or last at the Masters this week, he will continue to have the support of his good friend and agent, Steve Loy.