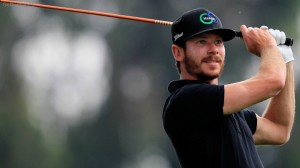 Up and coming golfer Andrew Parr has taken a unique approach to funding his year on tour. The 31 year old, who is currently ranked 1481 in the world, turned to crowdfunding.

Parr was on his way to making the PGA Tour early in his career, competing well at lower levels. Then, at the mere age of 24, he suffered a stroke. Determined not to let this give up his dream, he has been slowly returning to the sport he loves, primarily playing tournaments in his home nation of Canada.

Andrew launched his project on March 23rd, setting a relatively low target of $75,000. This, as explained in detail on his page, would be enough to fund him for approximately 20 weeks across various tours. The perks started at $5, which was the satisfaction of sending him ‘Good Vibes’. Other benefits included apparel and golf accessories (the same he would be using on tour) to Pro days and private outings, but the biggest perk was a lesson with renowned golf coach Scott Foley. Foley has worked with some of the biggest names on the tour including Tiger Woods and Hunter Mahan. This was an experience that had never been afforded to the public, and was priced at $30,000. It was bought in the last days of the project by SpiderTech, a Toronto based firm who produce and market kinesiology tape.

The project was a success. While the official campaign closed out on April 25th, the page is still taking pledges. At the time of writing he has raised over $91,000.

As of last year, Parr was represented by Wasserman Media Group, though it appears with the launch of this project he is no longer with them.