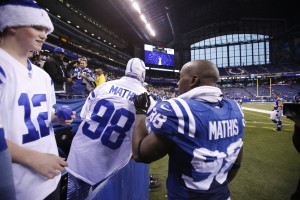 It is great to be back in sunny South Florida and away from the blistering cold of Chicago.  Last week’s Sports Lawyers Association conference was a blast outside of the harsh weather, though.  It is also great to be in South Florida as the Miami Heat continue to assert their dominance over the NBA.  Definitely looking forward to attending Game 3 against the Indiana Pacers on Saturday evening.  This week on FORBES: (1) Is It Time For California To Move Forward With Regulated Online Poker?; (2) NFL May Have Suffered Major Setback As Concussion Lawsuit Settlement Lingers; (3) The Inevitable Death Of NBA’s One-And-Done Rule; (4) Jadeveon Clowney Becomes Face Of Wilson Football With Multi-Year Endorsement Deal; (5) The Whistle’s YouTube Sports Empire Expands With Harlem Globetrotters Partnership; (6) Donald Sterling Receives Termination Charge From NBA; (7) Can California Chrome Strike Gold?; (8) The Hurdles Former NFL Players Face In Their Painkiller Suit; (9) Sports Social Network For Smack Talk Raises $500,000 Ahead Of Series A; and (10) Miami Beckham United Reveals Plan And Support For Downtown Soccer Stadium.  And as always, the weekly wrap-up: