Gilad Berkowitz is a 2012 graduate of the University of Michigan with a dual-honors Bachelor of Arts degree in Political Science and Psychology. Berkowitz is a rising 3L at Duke University School of Law and the President and founder of his talent group “Berkowitz Career Ventures,” all while maintaining status as a full-time law student at a Top 10 Law School program.

Berkowitz started representing professional basketball players when he was 21 years old and started his own agency at the age of 22. Now at age 23 he plans to expand his business on both the basketball side as well as in hip-hop talent development by providing exposure to record companies through the role as an agent. He started as a booking assistant for hip-hop artist’s managers in connection with local clubs when he was 19.

D’Bria Bradshaw: What influenced you to pursue a career as a sports agent? Why did you choose to focus on basketball?

Gilad Berkowitz: I actually didn’t pursue a career as a sports agent, and I think, as weird as it seems, that it’s often the case if you would poll around. Not really sure anyone gets in front of their kindergarten peers and says they want to be an agent when they grow up. Especially now-a-days when the kindergarten teacher would probably throw you in detention for saying that. I guess maybe in high school I sort of gravitated to the “sexy” appeal of a job enmeshed in aspects of glitz and glamor but that probably lasted for a millisecond until I recognized the reputation issues, daily work scene and some of the other more noted parts of the business that this blog does a great job covering. I’ve done the whole intern thing, but to be honest, it was really just a natural progression from some of the concierge style services I provided for hip hop artists as an undergrad that paved avenues for developing relationships with an athlete that was looking for a young, energetic agent. Basketball has always been a passion of mine, but it’s not like I really played. We’ve got guys from basketball ops and marketing that played both college and pro but I personally couldn’t even get the pity invite as a senior to join my Jewish Day Schools high school varsity roster. It’s definitely a plus to have mentors in our agency to help provide context and experience so that each of our young guys career trajectories is individually tailored. But sometime it’s just helpful to have a relationship with someone that you can chat with on advice ranging from what/when to eat on game-day to location selection for an off-season basketball camp.

D’Bria Bradshaw: What professional players have you represented? What services do you offer them?

Gilad Berkowitz: We have two guys drafted from the D-League last season, one that played the season there, and some veterans that played last season spanning throughout Europe. Only one of my brothers, David Singleton, is still abroad finishing the season in a tight playoff race in Morocco. Our rookie class is also exciting, with Chris undergoing some NBA Pre-Draft team workouts we’ve organized, Ty hopefully picking up some closer to when NBA teams start to seriously construct their Summer League Rosters, and Naji already signed for his rookie season in Greece. The services we offer are essentially anything that’s imaginable that our player needs. If I were to list them out, I’m sure by next week we would already have expanded.

D’Bria Bradshaw: What types of strategies and tactics do you use when recruiting players?

Gilad Berkowitz: For each player it’s different. In keeping with our boutique nature so that I, as the actual NBPA certified agent that recruits you is the one picking up the phone at 3AM during the season and not a free intern, there are certain size restrictions we’ve placed on ourselves that directly impact the approach we take to recruiting. We will only go after a select group of guys every year that we believe would mesh with the group we currently support. Obviously, watching games in person and traveling is a key component as well, but for us, honesty is at the forefront of our strategy. 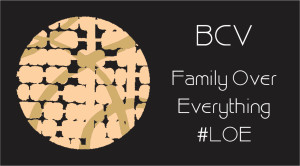 D’Bria Bradshaw: What prompted you to start Berkowitz Career Ventures (BCV) & what inspired your motto “Family Over Everything”?

Gilad Berkowitz: We pride ourselves on a boutique basketball practice that lends itself towards a family-focused atmosphere. Sounds generic but when you actually practice it, work is really rewarding not only because of the correlation with a high retention rate, but also because going to a client’s wedding in Cyprus actually feels like a vacation. Not a face-time appearance. I believe I was recently quoted in an article as saying that we strive to have our relationships with the players stretch beyond contractual obligations from day one, and I think that couldn’t be more accurate. We’re “Family Over Everything”.

D’Bria Bradshaw: What challenges do you face competing against agencies such as CAA or Octagon?

Gilad Berkowitz: Those aren’t competitors. Both the places you mentioned house agents that were innovative and groundbreaking operating within the boundaries of the CBA, and I look up to them for that. But as I mentioned, the industry is changing dramatically. Collective bargaining is squeezing out many of the key roles that agents embraced even just a few years back. Regardless, certain guys are always going to gravitate towards larger agencies, but at our current stage, those really aren’t the types of guys we are looking to bring on anyways.

D’Bria Bradshaw: What experience did you acquire before starting BCV?

Gilad Berkowitz: About the same amount of relevant practical experience as Jay-Z had when he opened shop. Of course I had worked for other agents in college and this definitely helped because I was immersed in the immense level of detail the CBA provides for team salary cap maneuvering, the pre-draft process, and free agency. But again, at the end of the day, this is a relationship-driven business, and there is no “age limit” for that.

D’Bria Bradshaw: With the 2014 NBA draft approaching what is this time like for you & your clients?

Gilad Berkowitz: Actually right now, I think one of our trainers has a couple of our rookies on the same wake-up call I get. They’ve been having their first workouts from 5:30-8 then weights in the early afternoon, either a “health & wellness” group activity or professional skills development in the afternoon, followed by either a shoot around or specific basketball related training and spa treatment. But then I’ve also got guys that we have set up throughout the country working with trainers on their own individually tailored programs. I catch my 5:40 spinning class and then usually have a few Skype calls that are set up with teams that my overseas partner David Braid has organized. There’s a lot of emailing, texting, and meetings to go along with phone calls with GM’s, Scouts, Coaches, Marketing personnel, and our exclusive overseas partners as well as the trainers we use so that I can often relay messages and feedback for areas that our clients need improvement on. Which again brings up the critical point of maintaining great relationships.

D’Bria Bradshaw: Please provide advice to our readers that aspire to have a career as a sports agent.

Gilad Berkowitz: Firstly, have a solid back-up career option that you would be happy envisioning yourself in. Timing is such a critical component and unfortunately you don’t have much control over it. For example, during the lockout in August 2011 when guys really became serious about looking overseas in fear a new CBA would not be ratified that season, the market clearly condensed for young entrepreneurial “hustlers” to sign players and seek international opportunities because the market had shrunk. Secondly, seek out positive role models in the industry. As hard as that seems, they’re out there. I think the true marker of success for an agent shouldn’t solely be his client roster or how often he’s spotted on TMZ, but also how he conducts himself daily both in the profession and with his family. As one of my players always reminds me, unless you’re one of the select few players, when management is determining whether to offer a contract, sometimes the agent is factored into the equation. You probably don’t want your player to think their ego is secondary to their agents, especially when their professional career is at stake. Finally, figure out where your “added-value” lies. For example, if you are good at math or enjoy analytics, create a cool formula to correlate statistics, project efficiency, or just become a salary cap guru. If you enjoy marketing, develop relationships with key industry sponsors that you can leverage to try and catch the attention of an agency. Remember that everyone is really busy so don’t expect a response instantaneously or get discouraged if your resume goes unnoticed.