On To The Next One: Marlon Brown 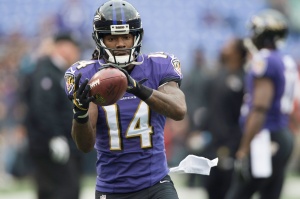 At the tail end of the NFL regular season, Baltimore Ravens wide receiver Marlon Brown has signed with Universal Sports and Entertainment Management, according to SportsBusiness Journal.  He’ll be represented by Universal President/CEO, Kevin Conner, along with Vice President, Robert Brown.