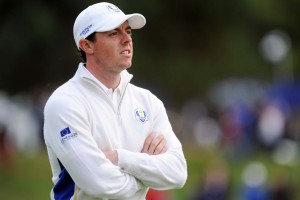 Sports Agent Blog first reported on Rory McIlroy’s lawsuit against his former management company Horizon in October 2013. Since then, the case has largely played out in public, with McIlroy stating a need to take time off from the course to focus on mounting his case. Finally, a court date of February 10th has been set.

McIlroy moved over to agent Connor Ridge at Horizon Sports Management in 2011. He had previously been with Andrew ‘Chubby’ Chandler at ISM, but followed his countrymen Graeme McDowell over to Horizon. Terms were agreed at Horizon’s Christmas party, where McIlroy said he was ‘pushed’ into signing the representation agreement.

At the start of the agreement all was well. Rory had garnered huge success on the course, winning the 2012 US PGA Championship. Meanwhile, Connor had been inking lucrative deals with companies such as Bose and Nike, who are reportedly paying him in the vicinity of $20 million per year.

However, as the partnership continued, Rory came to suspect that the deal was ‘unconscionable’, and ultimately ‘detrimental’ to his interests. The agreement is reported to include a fee structure of 20% commission on all off-course income and 5% of his on-course winnings as a management fee. McIlroy claims that this structure is unjust, having not seen a draft of the agreement prior to signing and not seeking out appropriate counsel. While 20% commission for sponsorship and appearance fees is commonplace in golf, the on-course percentage can vary greatly. He also claims the company mismanaged other financial interests of his, including donating money to Unicef without his knowledge.The Telegraph does a great job of summarizing these points here.

Rory has claimed that the exorbitant fees that Horizon imposed on him total in the vicinity of $6.8 million. Horizon is countersuing McIlroy for $20 million, which includes $2.4 million in unpaid fees. While representing McIlroy, Horizon employed 8 staff to handle his account.

The trial will be ugly, and the key is whether Rory was under duress when he signed the representation contract. From what has been reported, it appears that McIlroy willingly signed the agreement knowing full well the terms of the contract. The fact that he did not do his due diligence or seek legislative counsel in his negotiation with Horizon is no fault of the firm.

Sports Agent Blog will report on the outcome as it comes to hand.