Former Arizona State WR, Jaelen Strong, has signed with Roc Nation’s Ari Nissim for his representation in the 2015 NFL Draft, according to SBJ’s Liz Mullen. 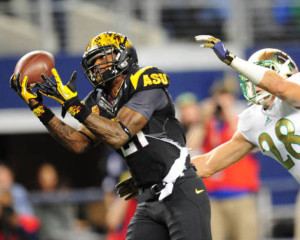