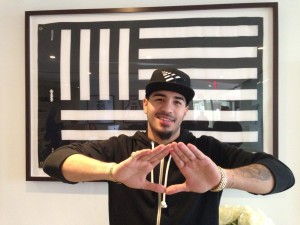 Younan is a Brooklyn, New York native and is considered one of New York City’s best boxing prospects. He began fighting competitively at the age eight and only two years later was called a “boxing prodigy” by the New York Times. He compiled an amateur record of 90-5, racking up an impressive series of titles along the way. In 2011 he was crowned a National Junior Golden Gloves champion and was U.S.A. Boxing’s number one rated junior boxer in his weight class. Younan’s undefeated professional record comes from wins over Kenneth Schmitz, Travis McClaren, and Marlon Farr.

Roc Nation Sports has been growing its boxing division tremendously ever since its inception in August 2014. The agency now has a total of 10 boxers on their roster with plans of continuing their expansion in the boxing industry.