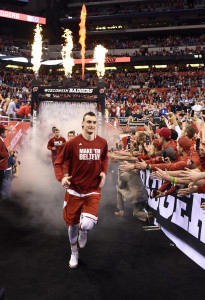 The last week in sports has been one for the record books. On Monday, Duke won the men’s National Championship giving Coach K his 5th title. On Tuesday,, UConn won the women’s National Championship giving Geno Auriemma his 10th title. In the first two rounds of The Masters, 21 year old Jordan Spieth shot the best 36 holes in the history of The Masters. Dustin Johnson was also the first player to ever have 3 eagles in one round at Augusta National. We may see more records in the final two rounds this weekend. Here are Darren’s articles from this week on FORBES: (1) The State Of The Golf Industry In 2015; (2) Duke Vs. Wisconsin: What The Top Players May Earn Next Year In NBA; (3) Opendorse Raises $1.75 Million With Plans To Make Athlete Endorsements Smarter; (4) Largest Fantasy eSports Website Raises $12 Million. And, as always, the weekly wrap-up: