On To The Next One: Robert Ayers 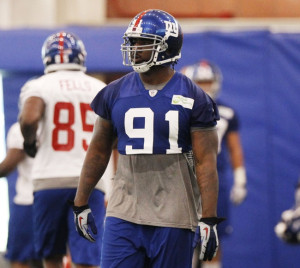 The former first round (18th overall) pick by the Denver Broncos in 2009 out of Tennessee is entering his seventh NFL season and second with the Giants. He has played in 84 games during his career with the Broncos and Giants (five seasons with Denver, one with the Giants), totaling 164 tackles, 17 sacks and 3 fumble recoveries. He was placed on the injured-reserve last December after suffering a torn pectoral muscle. He is in the final year of his two-year, $4 million contract with New York.

Although some agent switches can be messy, it seems that Ayers’ change went smoothly with Tony Agnone saying “It was fun to be with him and we wish him the best.”