Are Canadian Agents At A Disadvantage Recruiting Canadian Players? 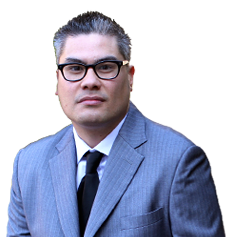 Over the last few years, there has been a major influx in NBA talent from Canada. With Anthony Bennett and Andrew Wiggins going #1 in the draft in 2013 and 2014 respectively, the world has been put on notice of the talent growing in Canada. This influx in young talent has Canadian basketball becoming a recruiting hotbed for NBA agents around the country. Additionally, Canadian basketball agents have been presented with both opportunity and frustrations.

One Canadian NBA agent, Bernie Lee, recently spoke with The Globe and Mail to discuss some of the difficulties he and other Canadian agents are currently facing.

Lee is the owner of Lee Basketball Services Ltd. and represents 17 athletes including four NBA players. As one of the few agents who has clients in the NBA, Bernie Lee is a fairly well known player within agent circles. At one point, Lee was extremely close to joining Jay Z’s Roc Nation.

“We went through a year of meetings and due diligence, but when it came time for me to think about whether this was something I would pursue, I decided not to pursue it,” said Lee.

Lee, who has been an NBA agent for over 14 years, has no Canadian clients. Lee claims his biggest challenge with Canadian players is establishing credibility.

“The number one response I get from Canadians is, ‘Wow, I didn’t know there were Canadian agents,’” says Mr. Lee, who is among just a handful. “There’s an inherent bias among today’s players and players’ parents that if they want to succeed on a higher level, they need a U.S. agent,” continued Lee.

“How do I strip away that bias toward U.S. agents so that people can see me, my track record and knowledge base, and understand that I can represent them just as successfully as a U.S. agent?”

It’s difficult at this point to attribute Lee’s lack of Canadian clients to a bias against Canadian agents. With that said, it will be interesting to see if this becomes a trend as more Canadians make it to the NBA.