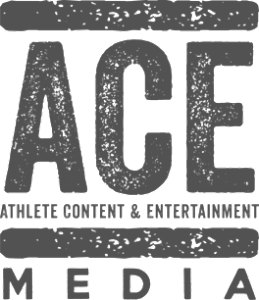 The NFLPA is a majority shareholder in its newly launched company, ACE Media

Huge news came out this week with the NFL Players Association launching ACE Media. Athlete Content & Entertainment (ACE) will be a sports media company focusing on creating unique sports-lifestyle content with athletes. With the NFLPA as a majority shareholder, ACE Media will have exclusive access to more than 1,800 active players. ACE Media will look to leverage this relationship in order to identify and create programming opportunities for fans around the world.

Ahmad Nassar, board member for ACE Media and President of NFL Players, Inc., said “ACE Media will aim to unlock those stories for diehard and casual fans alike and will reach new audiences as well by casting athletes in a light that allows their off-the-field attributes to amplify and complement their on-field accomplishments.”

DeMaurice Smith, Executive Director of the NFLPA, calls ACE Media a “transformative chapter” for the NFLPA.

ACE Media has already established partnerships with major media companies such as BET, Bleacher Report, The Players’ Tribune, 120 Sports and Nike. ACE Media’s plans include, but are not limited to, creating scripted and unscripted TV series, animated and other youth-focused content, and short-form and audio content. ACE Media also hopes to work with athletes outside of football.

Scott Langerman, a veteran in the sports and entertainment industry, will serve as the CEO for ACE Media. Langerman has previously held high-level positions with Comcast SportsNet, SB Nation, and the NFL Players Association.

“ACE Media will be a totally different kind of media company with the unique ability to access professional athletes at scale to create a steady, year-round stream of compelling content opportunities. Moreover, given our unique relationship with athletes we’ll be able to feed an expanding appetite for content in a way that’s incredibly user-friendly, efficient and customizable,” says Langerman. “Regardless of where our partners sit within the content ecosystem, we’ll be able to deliver a player-driven solution for their business, whether it’s on the production, distribution or brand side of the industry.”

Check out http://www.acemediaco.com/ for more information.