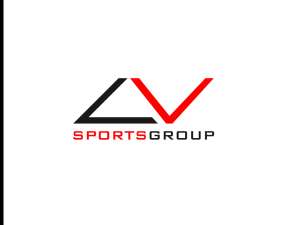 In most major cities (Los Angeles, New York, Miami) you can find a plethora of sports agencies. One city that defies this logic is, surprisingly, Las Vegas. Caric Sports Management is the only agency in the city and, while Steve Caric represents some notable players, it is still a relatively small practice. I recently got the chance to speak with Bobby Petriella, Founder of LV Sports Group, who is looking to become the premier full-service sports agency in Las Vegas.

LV Sports Group will initially focus on the NFL and NBA. Down the road, Bobby plans to enter boxing, MMA, MLB, hockey, and golf.

Boxing and MMA should come as no surprise as Las Vegas is the mecca for major fighting events. The NBA also hosts its annual Summer League tournament in Vegas. In fact, Bobby created many relationships with players during the 2011 lockout season. Roughly 50-60 players organized their own summer tournament in Vegas that year and Bobby met many of them while working at an upscale hotel.

Bobby said that he sees the city’s entertainment as a great opportunity for his agency and future clients. Many of these businesses will look at athletes for potential endorsement and marketing opportunities. Additionally, Bobby was able to make many connections in Las Vegas over the last 8 years that will allow him to provide 5 star treatment at various venues for his clients.

Over the last few years, Las Vegas has also become a hot bed for sports talent. Bryce Harper, one of the budding stars in the MLB, played at Las Vegas High School prior to joining the big leagues. Chase Jeter and Stephen Zimmerman are both Top 10 basketball recruits as well as teammates at Bishop Gorman High School. Zimmerman has already decided to stay in Vegas and play at UNLV. Ray Smith is also a top 30 recruit that is currently committed to the University of Arizona. The growing talent pool in Las Vegas only adds to the opportunity for LV Sports Group. Bobby has a lofty vision for the company and Las Vegas might just be the perfect place to make it happen.