Similar to a post regarding Scott Boras and The New York Mets disagreeing about pitcher Matt Harvey’s innings limit, Boras is now at odds with the Miami Marlins regarding two of his clients –  pitcher Jose Fernandez and outfielder Marcell Ozuna. According to an article on Yahoo! Sports by Steven Wine, the Marlins said that they will leave Boras out of any future talks about pitcher Jose Fernandez’s workload. 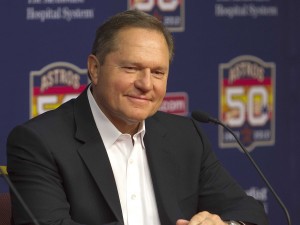 The Miami Marlins are threatening to leave agent Scott Boras out of Jose Fernandez’s contract negotiations. Photo via business insider.com.

The choice to exclude Boras comes from team president David Samson, after Boras complained how the Marlins handled Ozuna when they sent him to the minors. The move caused him to lose service time, thus preventing him from becoming arbitration-eligible this offseason.

“He’s (Ozuna) a lifetime .265 hitter, and I can find you 30 players in the major leagues that went 1 for 36 some time in their career, and they did not get sent to the minor leagues,” Boras said. “When you do those things, it sends a message to players, sends a message to the locker room and sends a message to everyone that looks at the organization that there is a calculus going on that is beyond performance.”

In response to this, Samson said, “Every decision we make is based on the best interests of the team, and always has been.”

Outside of the squabble between parties, Ozuna is believed to be on the trading block this offseason. Fernandez began his career in Miami with a splash before injuring his elbow and having Tommy John surgery. He returned this past July and is arbitration-eligible for the first time this offseason and eligible to become a free agent after the 2018 season. The Marlins do not plan on consulting Boras on their plan for using Fernandez next season.