Next to be Bagged 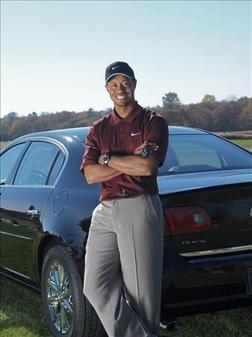 When Tiger Woods returns to the golf course in 2009 there will be a new logo adorning his bag, a coveted spot that Buick has held since 2000.  General Motors, the automobile company that owns Buick, recently announced the end of their 9-year endorsement deal with Woods as part of their cost-cutting strategy in the midst of the current economic crisis.  The deal, which has been cut short by a year, has been speculated to be worth at least $7 million a year.

Woods’ agent at IMG, Mark Steinberg, noted that the decision was mutual as Woods was seeking more personal time as he expects his second child.  The end of the Tiger-Buick era does mean that there is an open spot on what the New York Daily News called a “bag that gets more television time at tournaments than any other golfer.” Steinberg expressed that the bag would not be blank when Woods’ plays next.  With regards to the future status of his client’s accessory, the super-golf agent said “I’ve got a few ideas, and we’re in the process of working through that.”  In this time of economic hardships, who will take on the risk of giving away a huge endorsement deal?  To be sure, a new deal should be for less money as Woods expects to spend less time marketing his new endorser than he did for Buick, but will still most likely cost a new suitor several million dollars.