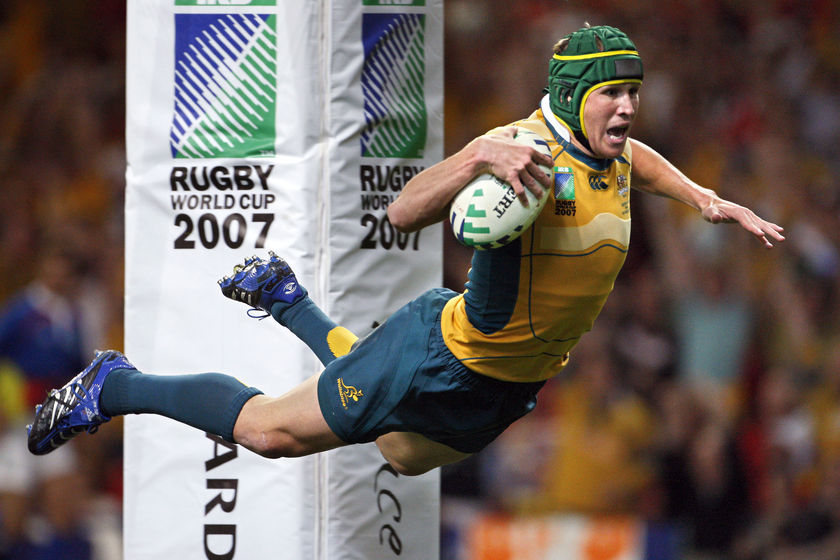 Matt Giteau could make history, only it’s out of his control.

He is currently considering a deal which would see him become the highest paid player in Rugby Union. The 26 year old, who is currently playing the Super 14 competition for Western Force, has told the media he has been offered a four year deal to ply his trade in France for a contract worth in the vicinity of $10 million. This is a substantial increase on the $1.5 million he is making per season playing for the Force [Giteau extends Force contract].

Now you’re probably wondering, “Whats to think about? It’s $1 million more than what you make now, living life in beautiful France, what more could you want?” If only it was that easy.

Giteau’s current contract with Australian Rugby Union (ARU) expires at the end of the 2011 World Cup, and they have already ruled out granting him a temporary release to play in Europe.

Some are calling it the greatest offer that can’t be taken.

Matt is by far the best player in the Wallabies squad at the moment, and with his recent performances in Europe it is no wonder he is attracting some serious interest.

Despite the fact his contract with the Western Force ends in 2009, he still is under contract with the ARU until 2011, which means he can’t play for a Rugby Union team outside of Australia until 2011. There is no transfer or trade system in place, so he cannot simply be bought or bought out from his current commitments. The only option is to go to France in 2011 when his contract expires…when he is 29.

On the local front, he still has a few options. He may choose to re-sign with the Force or move back to his hometown of Canberra and play for the Brumbies. Despite the large sum of $1.5 million a year he is reportedly on, there is a strong chance he won’t be seeing all of it. $750,000 of his contract was from third party sponsor Firepower who is unable to pay. Whilst the Force have found companies willing to make up half of the owed amount, he will make less than stated, but still over $1 million.

Whilst no figures have been thrown around about what he could make in his next contract, I am sure his current price of $1.5 million would be a minimum judging by his form.

It is understood he will make a decision on his future before the next season starts in February as he doesn’t want to bring the attention on him:

“I couldn’t play a whole season, if I was to stay at the Force and lying to my team-mates,” Giteau said.

“So if I’d made my decision, I’d make it public and I’d let them know.” [Source]