Would You Invest in a Golfer? 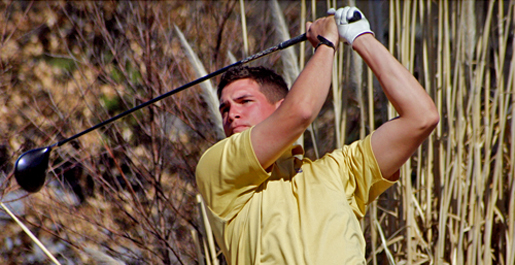 I recently stumbled upon an excellent blog written by an up and coming professional golfer named Scott Stallings. Scott’s blog is a little different than most other celebrity blogs in that he blogs for B Net, which is a business and management specific website. In his blog titled “Chief Executive Golfer” Scott gives readers insight on an area that is rarely covered- the business of a player.

Scott extensively covers what it is like being your own business, and there was one post from July of last year that caught my eye. It was the time when Scott was starting out on the Nationwide Tour and looking for investors. He had no agent, and as many of you know, if you don’t make the cut, you don’t get paid.

Scott took it upon himself to find people who were willing to invest in the business of Scott. He created an 8 share LLC at $12,000 per share. He figured he’d need about $96,000 using the worst case scenario of not making any cuts. The returns seemed very attractive to investors offering a return for the life of his career.

Despite things going awry on Scott’s part, it got me thinking, would I invest in a golfer, or even any athlete at the start of his career?

The investment would be quite high risk, as a player who needs no funding would likely be seen as having a high potential of becoming successful and probably get funded by sponsors. A huge risk is that your investment (the “athlete”) gets injured, possibly career ending and you’ve lost your money invested. Also, what would happen if more money was needed for an athlete to sustain his career? Are you liable to put in extra cash? How would this affect your share?

One of the most attractive propositions is that you are involved with the athlete. You’re right there with him as he is going for birdie – his income is your income. People would much rather watch golf then read the Stocks pages every day to see how their investments are doing.

Though not as risky, I would put investing in an athlete in the same ilk as owning a race horse. There may be no prize money, no residual value (“royalties”) and an athlete may be not good enough or just simply decide he wants to end his career.

Thankfully this is not the case for Scott, who has earned his PGA Tour card for this year. Despite making no cuts thus far, things are looking bright as his season progresses. Not to mention the sponsors have started to roll in too.