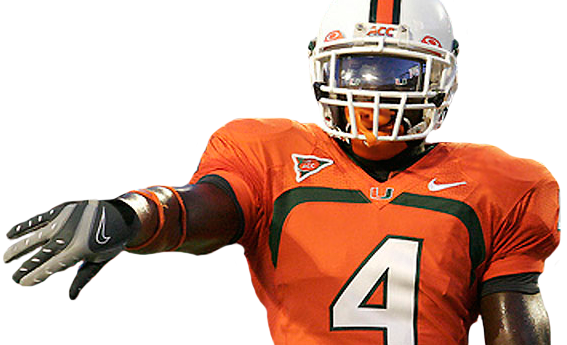 Aldarius Johnson was the exception.  A former University of Miami Hurricane eligible to be selected in the 2012 NFL Draft who had not signed with Drew Rosenhaus (Rosenhaus is currently representing five former Hurricanes who may be taken in the 2012 NFL Draft).  Johnson signed a Standard Representation Agreement (SRA) with Carlos Rodriguez of Majestic Agents & Consultants (MAC), which I reported on December 1, 2012.  Five days after reporting the signing, Johnson officially terminated the SRA with Rodriguez.  As of right now, I do not have any information stating that Johnson has signed with Rosenhaus; however, there are rumblings in South Florida that Rosenhaus Sports Representation will be Johnson’s final destination.  If so, Rosenhaus’ Hurricane count will go up to six.

Carlos Rodriguez was very surprised by Johnson’s act to terminate the SRA.  In fact, Rodriguez found out about the termination through the NFL Players Association; Johnson did not tell Rodriguez directly.  Even worse, Rodriguez was with Johnson this past Saturday (December 10, 2011), four days after Johnson sent in the termination letter to the NFLPA, and did not mention anything about the pending termination.  Rodriguez places at least partial blame for the split on communication issues.  It does not seem surprising, considering that his former client did not even communicate the fact that he was leaving Rodriguez for another agent.