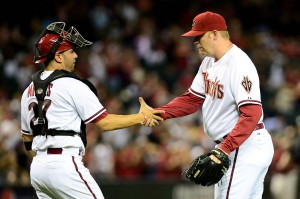 “I would like to thank the Diamondbacks organization for placing their trust in me again,” said Nieves following the announcement of his new deal with the Diamondbacks.  “I am happy and confident that we have a great team and I will be available to help them in any form or role that is needed.”

Nieves signed with the Diamondbacks in August of 2012 as a free agent after catcher Henry Blanco suffered a season-ending injury.  His new contract represents his highest yearly salary since he entered the league in 2005.  He has played for the Yankees, San Diego Padres Washington Nationals, Milwaukee Brewers, Colorado Rockies and the Diamondbacks.

“The Diamondbacks is a great fit for Wil and I have no doubt that he will be ready to give 100% for the team again,” said his agent Melvin Roman, president and CEO of MDR Sports Management.