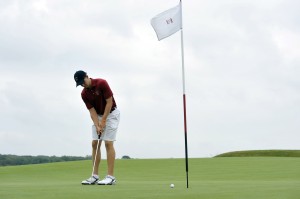 Wasserman Media Group has signed top-ranked amateur golfer, Patrick Rodgers, according to a tweet earlier Tuesday afternoon from the Wasserman Twitter account.  Rodgers — a Stanford University product — declared his intention to turn pro a few months ago.  Despite his decision, Rodgers plans to return to Stanford at some point to complete his degree.

“The numbers speak for themselves,” said Stanford men’s golf coach Conrad Ray, to PGA.com, of Rodgers’ game.  “He’s one of the best college golfers we’ve ever had.  It’s bittersweet for me, because as a coach and a guy that values his role on the team, we’re going to hate losing him. Even if it was next year after graduation, we’d love to take 10 guys like Patrick and see how we’d do.  His work ethic is insatiable.”

The Avon, Ind. native will be outfitted with Nike apparel and gear, as stated by ESPN Sports Business Reporter, Darren Rovell.

“Patrick comes to us with an amazing amateur and collegiate career, and some of the things that he’s accomplished are in the record books,” said Marlin ‘Cricket’ Musch, a Sports Marketing Director at Nike, to Golf.com.  “He is no question one of the most athletic and mature kids that we’ve ever seen in all of the years doing this.”