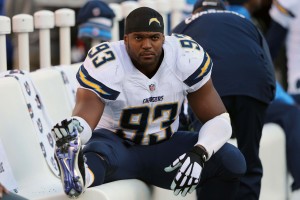 Following one of the most exciting weeks in sports, there has been no shortage in headlines. The majority of people (Twitter) were disappointed with the Mayweather-Pacquiao fight. The fight reportedly had over 5 million pay per view buys making it the highest selling pay-per-view fight of all time. The Clippers beat the Spurs in one of the best First Round series in NBA playoff history and American Pharaoh won the Kentucky Derby. Jameis Winston and Marcus Mariota went 1 and 2 respectively in the NFL Draft and we will be bringing you our annual player/agent listings for the entire NFL Draft this weekend. The biggest headline in sports right now, however, is the Ted Wells report on ‘DeflateGate’ and the New England Patriots. Tom Brady’s agent, Don Yee, has issued a response to Wells’ findings although it appears that Brady will be suspended by the NFL. Darren looked at the impact ‘DeflateGate’ may have on Tom Brady’s sponsorship opportunities this week on FORBES: (1) The Players Championship Stays Tied At The Top With $10 Million Purse; (2) DeflateGate Report May Make Tom Brady Radioactive To New Sponsors, At Least In Short Term; (3) Will Alex Rodriguez Collect $6 Million For Passing Willie Mays On HR List?. And here is the weekly wrap-up: