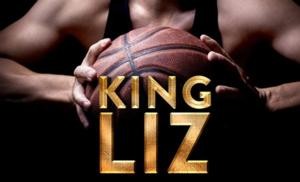 Showtime is developing a TV-adaptation of the Broadway play, King Liz. (Photo via Broadwayworld.com)

According to Deadline.com, Showtime is developing a half-hour dramedy called King Liz, which is based on the play of the same name by Latina playwright Fernanda Coppel. Coppel will also write the TV adaptation.

King Liz follows the life of Liz, an aggressive female sports agent, and her relationship with her assistant. Liz has spent more than 20 years at an agency run by her soon-to-retire mentor, Mr. Candy, who has been condescending to Liz, even though he essentially shaped her career. With his retirement, he is putting pressure on Liz to sign a high school basketball phenom from the streets of Red Hook, Brooklyn. If she wants to succeed him as the head of the agency, she must sign this player.

The Showtime adaptation looks to capitalize on the success that King Liz had at Second Stage Uptown this past summer, after closing last month.

Fernanda Coppel attended UC Santa Cruz intending to become a lawyer, but developed a passion for playwriting. She made her professional New York Debut Chimichangas And Zoloft at the Atlantic Theater Company in 2012 and is published by Samuel French. Additionally, she is represented by WME and Writ Large, a literary management and production firm.