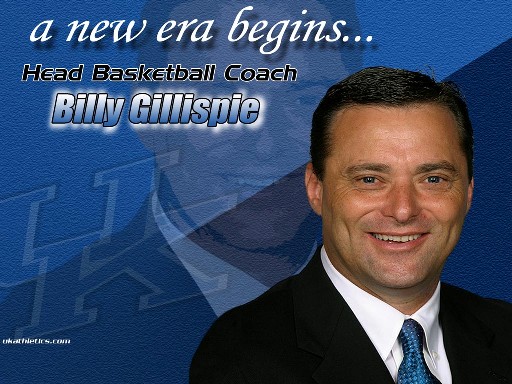 The Billy Gillispie era at Kentucky was short lived.  Only two years into his contract, a historically powerful SEC team was struggling tremendously, and Kentucky had seen enough.  Gillispie out, Calipari in.  But it looks like Gillispie’s presence will still be felt around the town of Lexington for quite some time.  Billy has filed a complaint against University of Kentucky’s Athletic Association for breach of contract and fraud.  And now UK has countersued the coach.  Gillispie believes that he is owed $6 million+ based on a memorandum of understanding he signed with Kentucky.  That’s right…a memo of understanding…what is often times a precursor to an official written contract.  Is the memo of understanding enforceable?  And how did Stuart Campbell (Gillispie’s attorney/agent) ever allow him to set foot on Rupp Arena without finalizing his deal in an official contract with the school?

Interestingly, Campbell is not the one speaking on Gillispie’s behalf.  Demetrios Anaipakos, a partner at Ahmad, Zavitsanos & Anaipakos in Houston, Texas has that duty.  The description of the firm found in a Google Search: “Ahmad, Zavitsanos & Anaipakos is a trial firm committed to representing plaintiffs and defendants in high stakes litigation.”  This case seems to fit the bill.

Gillispie claims that the General Counsel for UK had recognized the memo back in November of 2007 as being sufficient to serve as the employment contract for Billy and Kentucky.  Unfortunately for Billy, this will probably be disputed, and may become a weak claim if it is one person’s word against another’s word.  Fortunately for Billy, titles of documents do not matter all that much to courts.  The important thing is how the parties treated that document.  If UK treated the memo as an official contract, then Gillispie may have a foundation for his argument.

Either way the court looks at this memo of understanding, the thing to take away from this situation is that this is a something that could have, and should have, been prevented.  This is a lesson to get everything on paper and signed…no matter how comfortable you are with the other party to an agreement.  And make sure it is not only a memo, but a finalized contract that has a paragraph mentioning that the contract is the entirety of the agreement between signing parties.