The Undeniable Marketablity of Torah Bright 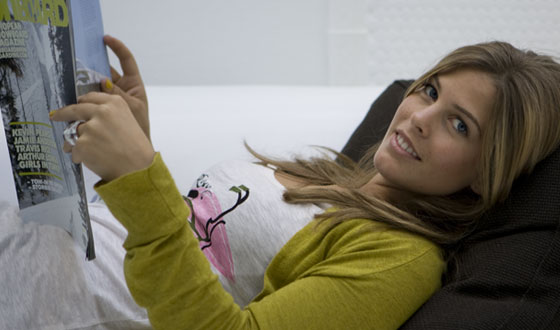 As soon as Torah Bright claimed the Womens’ half-pipe in Vancouver on Thursday, it was clear to see that her profile was sure to rise. The 23 year old Australian literally has the world at her feet.

Torah is far from a household name in Australia, with many winter athletes failing to attract any exposure unless they bring home a gold. Aussie gold medalists Steven Bradbury and Alisa Camplin have carved out nice careers in the media, but never garnered the raft of endorsements they deserved. However Torah is different, as her appeal spans globally because snowboarding is the hottest winter sport going around.

With the popularity of snowboarding comes the money. Take gold medalist Shaun “The Flying Tomato” White for example, who pulls in around $9 million a year from a wide variety sponsors.

So what is it about Torah that makes her a marketers dream? Firstly, she’s gorgeous and photogenic, which means her face on any product is going to attract attention. Secondly, she has wholesome values which companies look for when endorsing a client. She is a member of the Church of Latter-day Saints, and although she enjoys to party from time to time, holds this very close to her heart. With Torah, you know you are getting a level headed, focused athlete who strives for success and won’t get caught up in the hype.

Despite enjoying success in the past, including a X Games gold medal, Torah is listed as only having a few sponsors. Roxy is her biggest sponsor, which includes her own range of Snowboards. Her other sponsors include the Solomon Group, which manufacture Snowboard related equipment and Boost Mobile. With minimal industries covered, this leaves a lot of room for opportunity.

So how does one tackle an opportunity like this?

Firstly, her website (http://www.torahbright.com) needs a massive overhaul. Many areas of the site have not been updated in a while, and with Torah Bright being Google’d by everyone during the games, her website needs to entice fans. The website doesn’t list all of her sponsors, and with new media providing a wealth of opportunities, this is an outlet that can’t go unnoticed.

Continuing with new media, Torah Bright may do well to set up a Twitter account. Being as personable and likable as she is, this outlet will provide an avenue to interact with her fans and develop a strong fan base.

She has many industries that she can garner endorsements, in particular the food and beverage sector. Torah currently has a deal with health food drink Fuze, so a new beverage deal may be against her current contract. In regards to food, Torah could strike a deal with a health/protein bar company or other foods which associate with performance. Alternatively, if desired, she may choose to go down the route of companies associated with extreme sports such as fast food companies like Pizza Hut, Doritos, etc.

Another area to look at is the electronics sector, and I wouldn’t be surprised if Hewlett-Packard try and snap her up as they have Shaun White already on their roster. Having the two best snowboarders with one company can provide them with a wealth of exposure.

Torah’s snowboarding apparel and related sponsorships are covered, so the only opportunities I can think of would include instructional DVDs, snowboarding movies, public appearances, interview columns and other media-related items.

Armed with a knockout smile, Torah’s other opportunities may include cosmetics and non-sporting fashion, such as watches or jewelry.

There is no doubt that her agent will be inundated with phone calls and offers over the next few weeks, so expect to see this gorgeous blonde from Australia the next time you open a magazine.

She is managed by the Wasserman Media Group, with her agent being listed as Circe Wallace.