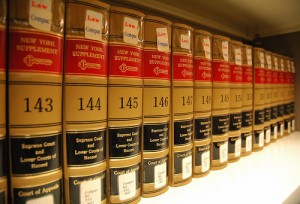 Yesterday, I received an email from a prominent football agent who told me that, in his opinion (he says “in the interest of objectivity”), I should disclose who I represent to my readers.  Before I get into the issue, some background information is necessary.

In 2007, I became a licensed athlete agent by my home state of Florida.  I represented professional athletes until a little over 6 months ago, when I decided to let my license expire and devote my time to my law practice, writing, consulting, teaching, etc.  I wrote about my decision in an article titled, My Jerry Maguire-esque Moment?  In those 6+ months since I shifted from sports agent to full-time lawyer, I have worked (in a legal capacity) on behalf of many high profile, as well as lesser known, agents and agencies.  I have litigated against agents’ former clients for unpaid fees and expense reimbursement, filed trademark applications for agencies and their clients, drafted employment agreements and operating agreements for agencies, and much more.

While I take great pride in the work that I do for my clients and enjoy that I am able to represent many well known individuals (in sports, entertainment, music, etc.), I try not to “name drop.”  Apparently, quite a few agents are not pleased that I have held my client list close to my chest.  Recently, the “word on the street” (as one agent put it) is that I am representing a certain football agent whose name continues to reappear on a particular website and that said representation should be disclosed on Sports Agent Blog.  What many non-lawyers do not understand, though, is that lawyers are typically retained for specific jobs, unless they are in a general counsel position.  And lawyers should be careful not to disclose confidential information about their clients’ affairs or confidential matters.

Is it a conflict of interest that I own and operate this website while I concurrently represent sports agents?  What if I do not write about the agents that I represent (in at least some capacity as a lawyer)?  Should it matter whether the services I am providing are based in litigation or transactional work?

A year ago (when I was still a licensed agent), I wrote an article titled, Ethical Considerations Of Sports Agent Teaching College Course.  I asked the following:

I asked those questions as I was preparing to teach my first class (titled, “Sport Agency Management”) at Indiana University.  Recently, football agent Carl Carey (he represents Julius Peppers) made the news for possibly owning a website that attacks a Raleigh News & Observer writer’s credibility.  Part of that writer’s focus had been on Carey’s representation of prior UNC-Chapel Hill football players while teaching a class at that university.  I, along with many others, do not agree that an agent should be prohibited from teaching a class based solely on his representation of professional athletes (there was a really good Twitter debate on that subject a few days ago – sift through my timeline if interested).  Many agents teach law school and/or undergraduate classes at universities, and teach their students quite well.  There is certainly the potential for conflicts of interest, but possible conflicts arise in almost every context in life.

All of this leads me to consider the ethical considerations of a sports lawyer writing articles about sports agents.  If the articles do not prop up that writer’s clients without appropriate disclosures and that writer does not submit anything negative against his clients’ competitors, is there an ethical dilemma?  The fact of the matter is that I am generally under no obligation to write about anybody, whether they be clients or people I have never met.  I find it almost comical how many agents have called, text, and emailed me recently to discuss my representation of a certain individual.  Many of those same agents should think about the conflicts they face, representing players at the same position, players on the same team, players and coaches in the same sport, etc.