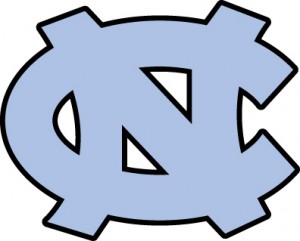 University of North Carolina remains at the center of an ongoing agent scandal.

The date has been set for the next hearing in the North Carolina sport agent scandal in which 5 people have been charged with violating North Carolina’s Uniform Athlete Agent’s Act by providing benefits to former University of North Carolina student-athletes.  The defendants in this case include a UNC tutor as well as Georgia-based agent Terry Watson who faces 14 felony counts. A grand jury indicted the defendants on September 30, 2013 for violating the state’s sports agent law by providing benefits to former players Marvin Austin, Greg Little and Robert Quinn in 2010.

UNC’s athletic department decided to cut ties with Marvin Austin permanently after the NCAA provided preliminary information that Austin had received double the benefits furnished to Quinn and Little.  After being released from the program, Austin said, “I want to apologize to the NCAA and the entire North Carolina Tar Heel community including my teammates, coaches, students and fans…I have let you all down and I am truly sorry. I deeply regret my actions and the embarrassment I brought to the university and to the football program. I will pay a severe price for my poor decisions by not being able to play my entire senior season.” In a statement released after Austin’s dismissal, the school said the decision involved violations of rules for agent benefits, preferential treatment and ethical conduct as the NCAA cited with Quinn and Little.

The NCAA has reported that Quinn and Little received travel accommodations and jewelry, then lied about it to investigators in three separate interviews. The NCAA said Quinn accepted two black diamond watches, a pair of matching earrings and travel accommodations to Miami for benefits worth $5,642. Little, a receiver who returned for his senior season, accepted diamond earrings, as well as travel accommodations for the Bahamas, Washington, D.C., and a pair of trips to Miami for benefits worth $4,952. The NCAA also said the two provided “false information despite multiple opportunities to correct their assertions” and offered more accurate information only when faced with evidence that ran contrary to their claims.

Prosecutors have provided about 40,000 pages in investigative records to defense attorneys. According to the North Carolina Uniform Athlete Agents Act section 78C-98 titled Prohibited conduct: “An athlete agent, with the intent to induce a student athlete to enter into an agency contract, shall not: Furnish anything of value to a student-athlete before the student-athlete enters into the agency contract and/or Furnish anything of value to any individual other than the student-athlete or another registered athlete agent.” The act goes on to state that “An athlete agent who violates any provision under G.S. 78C-98(a) is guilty of a Class I felony.”

The hearing is now set for the week of July 23rd.