What’s Next For Rory McIlroy And Horizon Sports? 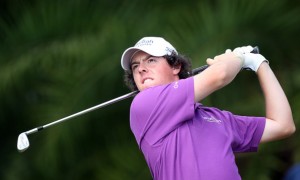 With the attention of the golf world focused on the 40th playing of the Ryder Cup – golf’s biennial team competition that pitted the United States against Europe – much of the coverage leading up to the first shot surrounded Rory McIlroy’s court battle against his former management Horizon Sports. The legal affair was a particularly compelling headline given that Graeme McDowell, McIlroy’s Ryder Cup teammate a fellow Northern Irishman is also involved as a Horizon client.

The source of the proceedings is a claim from McIlroy that he was subject through his representation agreement with Horizon to “markedly inferior” conditions compared to McDowell, despite receiving assurances that the two players would be under similar terms. McIlroy claims that the 20% commission fee on his off-course income and 5% for on-course earnings is well above industry standards and qualifies as being “unconscionable.” McIlroy, who is seeking to have the agreement declared void, further claims that the contract was agreed to under auspicious circumstances with his signing coming without appropriate counsel and on the day of Horizon’s 2011 Christmas party.

Horizon, under whose management McIlroy signed a number of lucrative endorsement agreements, have lived up to their promise to defend themselves “vigorously.” The litigation seems to have become increasingly antagonistic in the months and weeks leading up to the Ryder Cup. In addition to denying McIlroy’s claims, Horizon claimed in June that McIlroy had strategically timed the lawsuit to coincide with McDowell’s wedding. Then shortly over a week ago, Horizon’s managing director Conor Ridge accused McIlroy of destroying data on the cell phone he had been using during the period at issue.

Only days before the Ryder Cup was to begin, as counsel for McIlroy were requesting the production of documents relating to Horizon’s contractual relationship with McDowell, the Irish High Court directed the parties to mediation. The judge deemed mediation to be appropriate given the various sensitives and complex relationship matters existing between the parties.

What is the Implication of Court Ordered Mediation?

Some press reports indicate that the court ordered mediation presents an issue for McIlroy given that he will now be more personally involved since his attendance at mediation is required unless otherwise ordered by the court. The reality is however, that mediation in the circumstances should be welcomed.

Mediation, as a means of settling sports-related disputes, including commercial and financial matters, has grown in popularity. Mediation is an appropriate alternative to the court adjudicated process in such matters primarily because it limits potentially damaging media coverage by imposing confidentiality requirements and encouraging timely resolution. The case study often cited in support of this finding is Woodhall v Warren.

Woodhall v Warren is an analogous situation in which former WBC supper-middleweight champion Richie Woodhall also sought to render his representation agreement unenforceable. To avoid time consuming and adversarial proceedings within media spotlight, the dispute was referred mediation where it was resolved within 72 hours. Because mediation proceedings are confidential, the parties’ were sparred from having to air the specifics of their grievances in front of public scrutiny.

Mediation as a Potential Means of Damage Control

While there is no guarantee that mediation in the McIlroy-Horizon dispute will result in a resolution, the marginal cost of inconvenience to McIlroy that comes from his required attendance, is far outweighed by the potential benefits.

McIlroy is the world’s most marketable golfer, an attribute that is reflected in the value of his off-course endorsement agreements regardless of the amount going towards commission. And McIlroy, also having previously been subject to a lawsuit issued by Oakley, did slip in SportsPro’s ranking of the world’s most marketable sportspeople from third in 2013 to 24th in 2014. Limiting the profile of his dispute with Horizon by resolving the matter through mediation would help keep focus on McIlroy’s outstanding on-course performances and build his brand in a direction that avoids association with complicated legal affairs.