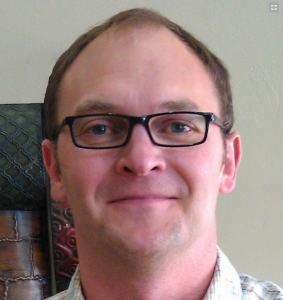 Prior to the start of 2013 season, the Argonauts management team approached Gittings for a possible extension for Ray.  Gittings knew that there would be a new collective bargaining agreement negotiated in May of 2014.  Additionally, the CFL had recently signed a new TV deal.  The combination of the two events meant that the salary cap was likely to increase in 2014 or 2015, possibly significantly.  As a result, Gittings negotiated an extension for Ray that tied his salary to the salary cap as a percentage.  Assuming that the salary cap in the new CFL CBA increases, so too would Ray’s contract, which has him in Toronto through the 2015 season.

Although Gittings was not willing to share specifics of his client’s contracts, Ray’s ‘Salary Cap Escalator’ has been widely reported in the media.

“It ensures that a guy like Ricky, who should be paid among the top quarterbacks in the league, will not lose his position as one of the top paid guys in the league,” Gittings said.

According to Gittings, this ‘Salary Cap Escalator’ clause is very unique, and Ray’s contract is possibly the only contract in the NFL or CFL that has such language.

Additionally, client and veteran quarterback Henry Burris signed a new deal with the RedHawks in mid-February that was reported to be in the $450,000/year range.  The three-year deal is likely Burris’ last contract as a player.

Formerly with Hometown Sports Management before starting his agency three years ago, Gittings has seen his client base expand considerably as of late.  The NFLPA Certified Contract Advisor represents players from the University of Texas, Nebraska, Arizona, and Ole Miss as well.  His most notable NFL client is arguably wide receiver, Danny Woodhead, of the San Diego Chargers.

Over the past 15-plus years of working in the agency business, Gittings said that the “core elements” of a sports agent’s role hasn’t changed all that much, which include looking out for players’ interests as they become professional football players.  So, what has changed then?

“There are more and more people trying to get into the business,” Gittings said.  “Just the sheer volume of people trying to be an agent changes.  It changes the landscape because sometimes people are desperate, or they break rules because they’re desperate to get clients.”

Gitings’ recruiting territory stretches from Eastern Washington over to North Dakota and down south all the way to Texas, a pretty sizeable chunk of the country.  Oftentimes, though, it has been word of mouth that has helped Gittings successfully grow his practice.  He commented that it all comes back to providing a good and reputable service to your clients in order to see your agency move forward and gain a greater level of respect in the industry.