It’s All A Game: Learning How To Become A Poker Agent 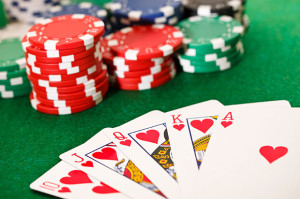 To some, poker is a sport. To others, it’s entertainment. Either way, many of the game’s top players have managed to transcend the industry over the last few years and become celebrities in the own right. From the likes of Daniel Negreanu and Phil Hellmuth, to crossover stars such as Jennifer Tilly and the producer of Weeds and Entourage, Matt Salsberg, the poker community is now filled with genuine stars.

While these pros many not be as high profile as sporting stars such as LeBron James or the UFC’s Jon Jones, they do command a certain amount of attention and that’s given rise to the poker agent. Assuming a similar role to a traditional sports agent, these organizers of men (and women) are tasked with finding talent, developing it and then managing it in the most efficient and lucrative way possible.

So what does the eagle-eyed poker agent look for when scoping out the next “big thing”?

Like all good agents, a poker manager needs to invest time into a project and if the client doesn’t have longevity then they aren’t worth the investment. Unlike sports stars who have a career that can potentially span a decade or more (barring any injuries), poker players usually have a relatively short shelf life. Because of this, a poker agent needs to look for longevity. How long has the player been involved in the industry? Have they got an impressive track record? These are the questions that agents such as Nick Ferro and Brian Balsbaugh will be asking when they size up a potential client. Apparently, there is talent to be found through Poker Online like big-name poker players like David Peters so always keep your eyes open to different ways to find talent with longevity.

For example, when Balsbaugh decided to sign Daniel Negreanu to his agency, Poker Royalty, he knew he had someone with a storied history in the game. Having started his tournament career back in 1997 with a $1,050 win in a small event in Las Vegas, Negreanu has since gone on to capture a handful of WSOP bracelets and WPT titles as well as more than $29 million in tournament earnings. It’s this pedigree that’s made him one of the biggest stars both inside and outside of the poker community.

In essence, the trick to spotting talent as a poker agent is a reversal of the traditional model. Instead of scoping out the latest hot prospect, poker agency work is about finding established talent. Although it’s possible to find a young player with enough history to build a brand on, it’s much easier to take an older player and sell their previous achievements. Everyone is looking to be the next top poker player, wanting their names to be listed among the i dream top poker players around.

What Else You Got?

Unfortunately, poker isn’t a game that’s able to permeate into the public’s consciousness like other sports. While basketball and football are major industries that dominate primetime TV, the same isn’t true for poker. This makes promoting a player a lot tougher than it would be normally. Additionally, unlike a star defensive tackle, a top poker player doesn’t have all their skills on display. A player such as Phil Hellmuth uses all of his tricks while maintaining a poker face.

One of the biggest skills in poker is being able to dupe your opponents without giving away the strength of your own hand. This requires a lot of thinking and not much movement. Subsequently, it’s hard for audiences to appreciate the subtle moves a high-level poker player is making in the same way they view a physical athlete.

According to former head of Check Raise Management, a poker player needs to offer something more than a set of skills at the table. Thanks to the internet there are hundreds of wealthy young players with a wealth of talent. However, very few have much else to offer. For example, Daniel Colman managed to win more than $15 million in a single tournament, but through a combination of reluctance and personality he isn’t a breakout star.

In contrast, players such as Hellmuth or Mike Matusow may not have won as much in a single tournament, but they have big personalities. Hellmuth in particular is never shy about speaking his mind and he’s managed to build a brand based on his personality.

The Poker Brat is another one of Poker Royalty’s top players and it’s this brand that’s helped him make numerous cameos in films and music videos. In recent times, Hellmuth has also managed to attract some high-profile sponsors and even starred in a burger advert.

Leave it to the Pros

Although the traditional model for poker agents is still the dominant force in the poker industry, a new wave of “agents” has sprung up in recent years. Formed by professional poker players, these innovative organizations offer both staking and representation for aspiring players. One of the biggest prerequisites for a player obtaining a staking deal (basically someone gives them money to play and take a cut of the profits) is performance. The same is true for an agent looking for a new player to represent.

Sites such as PokerAgency offer deals that allow players to obtain better deals than they normally would. Instead of pushing their players to companies outside of the industry, these hybrid agencies broker deals within the poker community. Their aim is to get clients sponsorship with poker sites, better deals on bonuses and appearances at live events. In the grand scheme of things, these sites may not be “agencies” in the traditional sense, but they are a growing enterprise.

Professional players usually have an eye for talent as well as a network of contacts in the industry and that allows them to cut deals with the leading operators. Every poker player wants to improve their EV and that’s given the new breed of poker agents a lot of leverage. While they may not be churning out crossover stars and booking high-paying commercial gigs, they are able to harvest a stable of talent and promote them throughout the poker industry in a more efficient way.

Being a poker agent is undoubtedly nothing like being a traditional sports agent. However, companies such as Poker Royalty have shown that it’s possible to take some of the game’s biggest personalities and turn them into crossover stars who are capable of generating a lot of cash.