On To The Next One: Henderson Alvarez 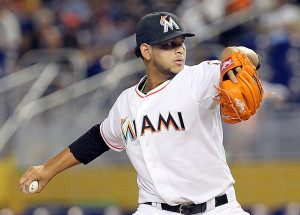 Henderson Alvarez addition to the agency also fortifies a Latin Division that has grown significantly since its launch in 2011. BHSC Latin Division, which is led by Rafael Nieves, already represents 18 major league players including  Perez, Herrera and other young up and coming stars like Gregory Polanco, Rougned Odor, Francisco Cervelli, Luis Severino and others.

Alvarez will be a free agent after the 2017 season. He recently had shoulder surgery to remove a bone spur, and he’s out for the rest of the season. He will be looking at a small raise from his $4M salary for next year’s arbitration.